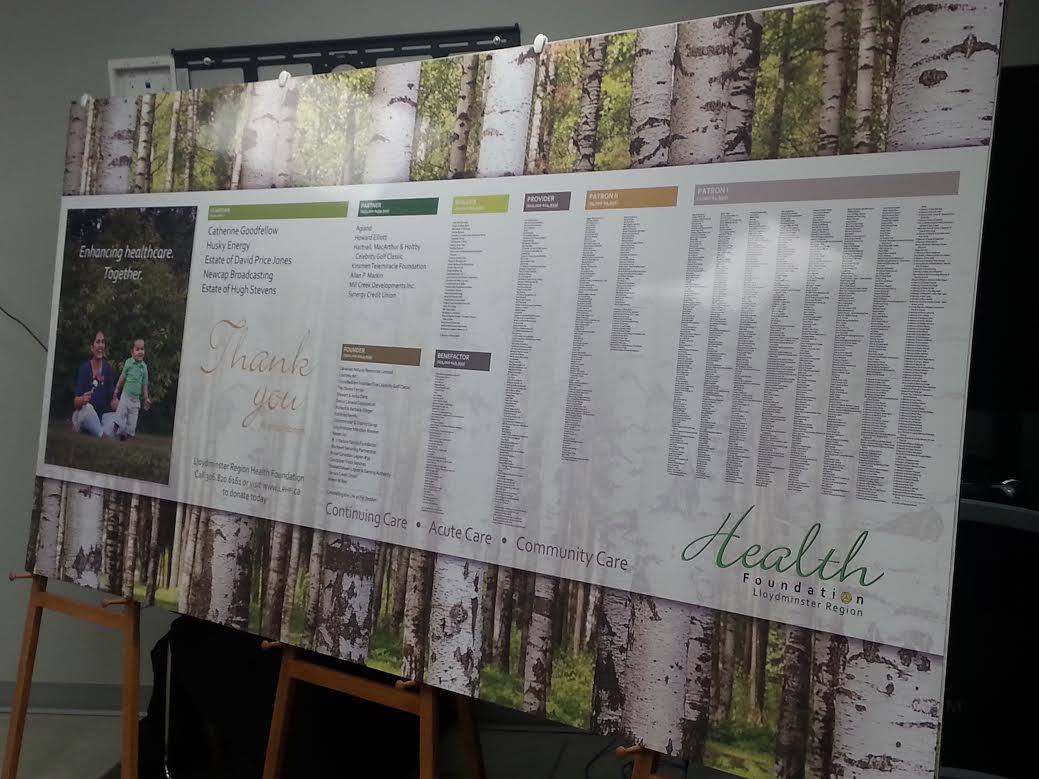 The Lloydminster Regional Health Foundation is celebrating following the unveiling of their donor wall.

The foundation revealed the display at their offices on Wednesday, November 4, with names of all people and organizations who have given money between April 2014 and March 2015.

Wendy Plandowski, CEO with the LRHF says that she enjoys thanking the foundation’s donors.

“The donor wall has been a longstanding tradition at the health foundation,” Plandowski said. “One of the things we wanted to do was continue on with that tradition. It really carries through the theme of our current image campaign, which is ‘Giving Hope’. We really want to give hope to those people who are in health crisis however we can do that, and through the generousity of our donors, we’re able to portray and give thanks to them.”

Plandowski also says that the foundation has received a lot of government money this year.

“In the last year we’ve actually had a tremendous granting year,” she said. “$500,000 went to the opening of the Primary Healthcare Centre, which is now open, we had our Maternity Program just come to completion, we gave $800,000 to that. We also purchased things like a vein viewer for chemo patients, cardiac care monitors for the enhanced care units, and a pill packaging unit that was about $250,000 for the extended care centres.”