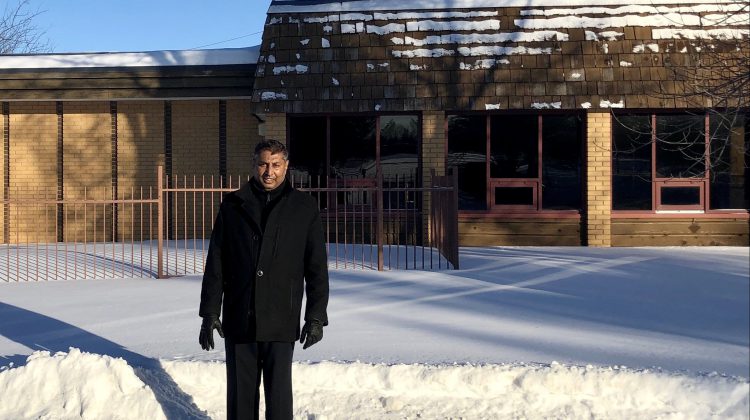 Infrastructure Minister Prasad Panda visited the centre during his trip in Lloydminster. (Photo submitted by: Government of Alberta)

According to the Government of Alberta, demolition will begin in early spring and will take about four months to complete. Construction crews will begin setting up safety fencing and a worksite trailer.

Renovations to the administration and palliative care areas in the north wing will also begin in the spring. Work on the south wing will have minimal impact on the services offered at the centre.

The total cost for the demolition and the construction of the already built Pioneer House was $34.8 million.

Once demolition is complete, the grounds will be levelled and seeded to remain as a green field.