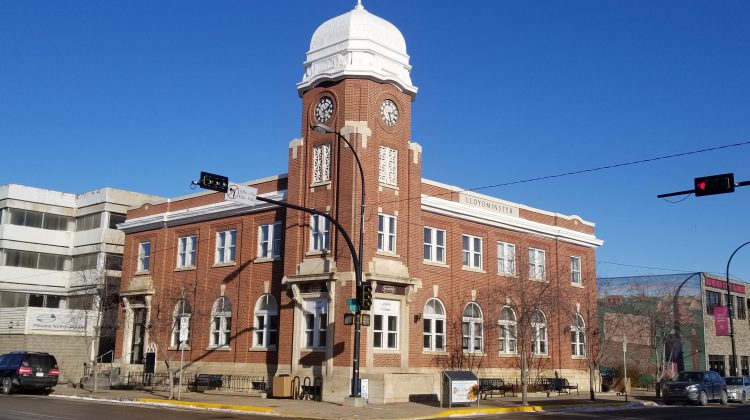 The plan, made by O2 Planning + Design, is split into three phases over the next 15 years building on the feedback from business owners and residents in Lloydminster. In the short term, the plan recommends more public and green spaces as well as creating more events to bring people to the core.

Other changes included widening sidewalks and improving walkability on the streets as well as changing parking to have more angled stalls.

The medium-term (in 5 to 10 years) the plan suggests building more residential options as well as bringing in more business investments.

Councillor Ken Baker was in favour of the idea of building more residential or combination retail/residential buildings downtown to boost interest in the area. However, the challenge of the ageing buildings still remains.

“It makes it really tough if you have to buy those buildings at fair market value. Many think they’re worth the same price as putting up new buildings.”

The third phase looks at major infrastructure changes including a new library and plazas downtown. An aspect Baker liked about the report was the fact the company included a new library into the plan as it is something that has been talked about for years. 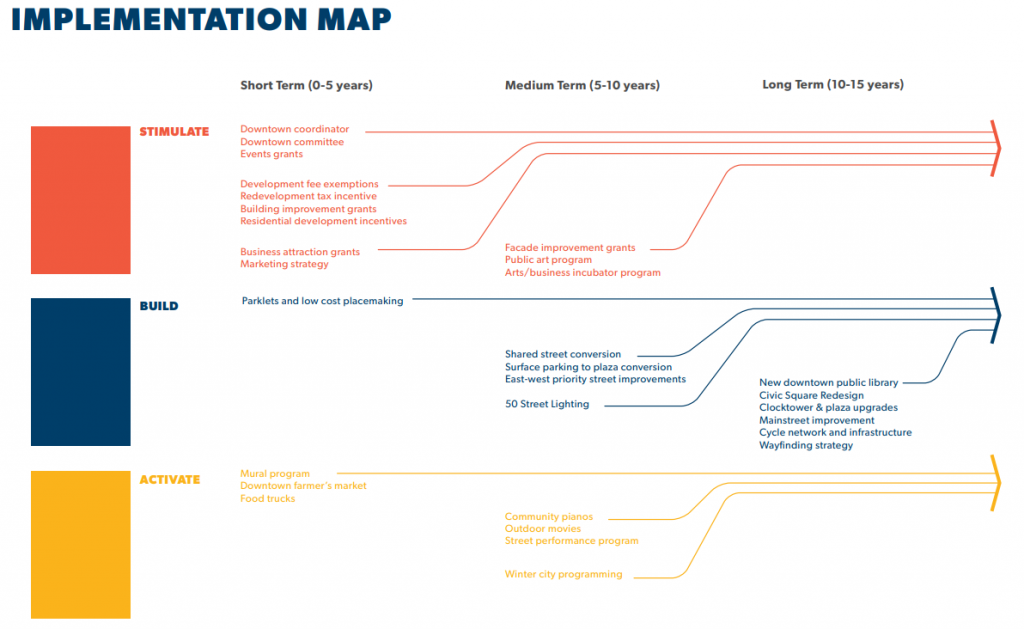 A rough timeline/map for the Downtown Redevelopment Plan. (Photo submitted by: City of Lloydminster)

He suggested O2 look into the feasibility of also incorporating a new arena downtown citing Edmonton’s Ice District as a success in revitalizing the city’s downtown core.

“The Civic Centre is something new that down the road in 5 or 10 years we’re going to need a new Civic Centre according to the report. At the end of the day, as I’m watching the Oilers play, I see how they regenerated the whole area downtown. This is not Edmonton but if we can get some things down there that can attract people.”

The Heritage building was also featured in the plan as a point of interest for downtown. At the same meeting, city council also discussed the future of the building as the city could potentially put the building up for sale.

The building needs major renovations at a cost of $3 million for it to be usable by the city. However, if the city were to renovate it, they would not have any use for it. The city has explored several different options for the space including office space or a temporary home for the Lloydminster Cultural and Science Centre’s programs.

Councillor Stephanie Munroe sits on the DARP advisory council and noted that putting the building up for sale while advocating for downtown revitalization could be sending out a mixed message.

She says ultimately if the city has no use for it, the cost of the renovations would be a waste of taxpayers dollars.

“At the end of the day, there is no purpose for it whether it’s space for offices or programming as a city. Then I look at it as we’re just another competitor on the market with private investors that are developers.”

She also notes should the city choose to sell the building, the outside structure could not be changed because of its Heritage status.

Munroe says before any work begins on changing the face and design of downtown the community will need to buy in and champion the idea of redeveloping it.


“Whether this document is in place or not, what it really needs is the buy-in from the businesses, the community and the city as well to really have the plan come into fruition.”

Mayor Gerald Aalbers says if the downtown doesn’t go through some major changes in the near future it will create even more challenges. He is excited to get the plan out to the community and get their thoughts.

“Downtown serves a very important purpose and I think that once the report is received by the community it will be well received. I’m sure there will be comments from business owners and residents. Hopefully, we can fine-tune it and have it come back and move forward with it.”