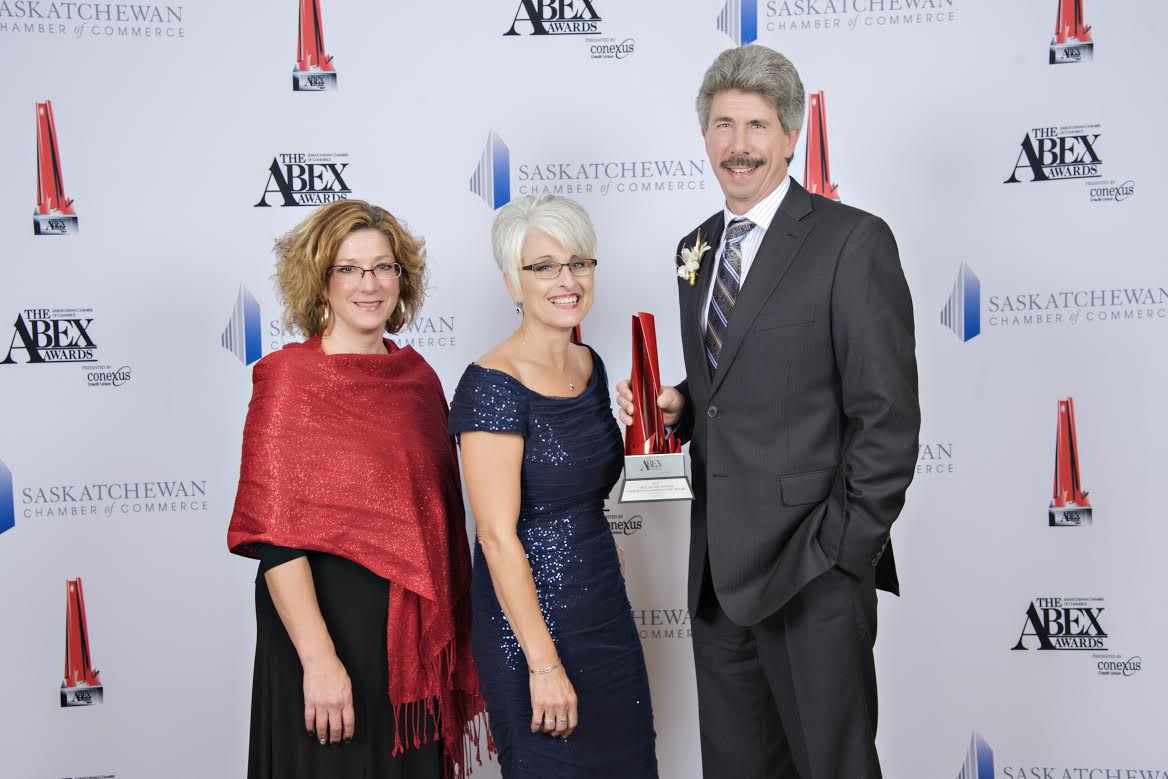 A local business was the recipient of an Award of Business Excellence from the Saskatchewan Chamber of Commerce.

Midwest Furniture is this year’s winner of the ABEX Community Cornerstone Award. It is a provincial award honouring a business that not only has deep roots in a community but also demonstrates great pride in that community and support of local initiatives.

“We were ecstatic,” Lawrence said. “Just envision, you’re sitting there, at a table, with over 800 other people, all of them being nominated, or the vast majority of these people being related to businesses being nominated for different awards, and to hear your name called, that’s an incredible rush. To go up front in front of 800 or 900 of your peers, to accept an award like that, where your community had to vote for you to win, was extremely humbling.”

Lawrence and his wife Elaine have owned and operated Midwest Furniture and Appliances for nearly 15 years and have supported numerous local organizations, including the Olive Tree, the Interval Home, and the Lloydminster Regional Health Foundation. He says he plans to continue that work in the future.

“We’re going to continue to do the same things as we’ve always done,” he said. “Even through [the] tough times that the whole city’s been going through, we want to continue to do these things. When the health foundation has their gala, we donate fairly largely to that. When the Vic Juba Theatre does their thing, we donate to that. When numbers of other charitable organizations do something major in town we try to be involved. I guess that’s what the community recognizes, is seeing our logo on a lot of different sponsorship boards around town, and they realize Midwest is involved very strongly.”

Lawrence also says he’s thankful for the support of Lloydminster residents who voted for his business.