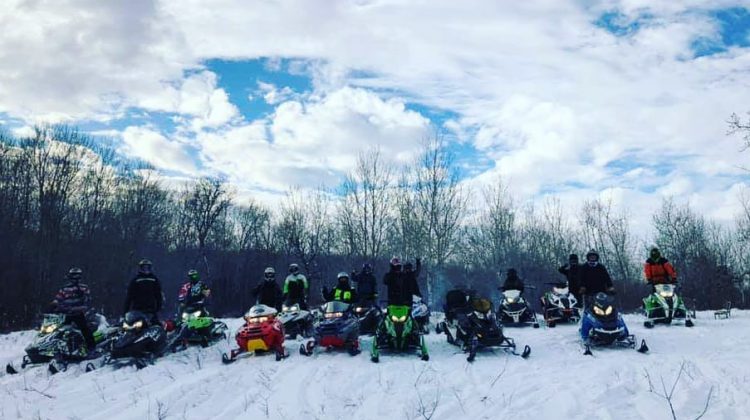 The Midwest Snow Kings are holding their second sled rally in Marshall after a successful first run.

The non-profit group is based out of Lloydminster that connects sledders and encourages the sport in the surrounding area. Co-president of the group Sheldon Wessing says proceeds from the event will go towards the Marshall Legion and to upgrades for the arena.

“They’re looking to put up a deck on the hall so we’re going to go ahead and do that for them. Upgrades to the arena to make it more efficient and get people in there and bring it back to life again.”

He says the now annual event is a way for the group to give back to the community that gives them a place to ride their snowmobiles.

“We do what we can to help the community since they’ve been good to us for letting us come out and do these sorts of events.”

The group began in 2017 with five members and has since grown to 380 members. They held their first event last year which Wessing says helped boost their membership.

“It’s going to be one of the things, hopefully, within the next couple of years that grows bigger and better.”

The sledders will be following the same 60-mile trail as last year. Lunch and a warm-up shack is planned at the halfway point. A cash prize is up for the first, second and third place riders at the end of the rally and door prizes will also be given out.

“We had a good turn out with 108 sleds and the weather this year looks more promising so we should have well over 100 people show up.”

Registration is open for sledders ages 12 and up from 9 to 11 a.m. on March 14 at Marshall Hall. The entry cost is $30 and includes dinner afterwards.