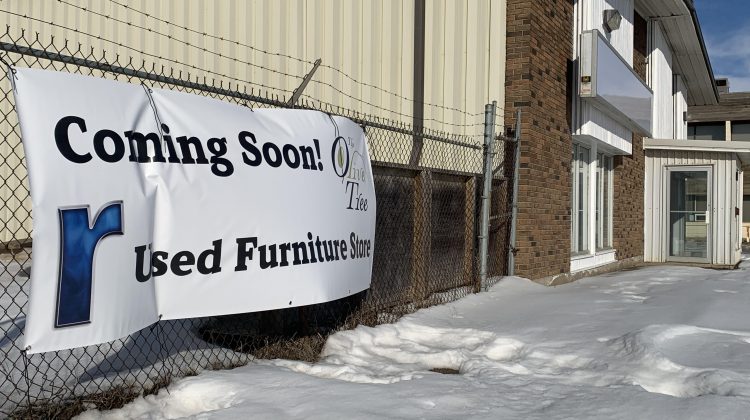 The Olive Tree looks to broaden its services to fill a need in Lloydminster with a new Reclaim store. The facility will contain used furniture, a building supplies store and a basic carpentry program.

The store expects to open its doors to the community in March once it received enough donations to sell, says executive director of The Olive Tree Becky Schille.

“We turn people away almost every day at our existing thrift store that has furniture [or large appliances] because we just don’t have the space for that. We knew since the Restore [by Habitat for Humanity] closed that there was a space for that, a need for that, which was lacking.”

After posting the announcement on February 18th, Schille says she was excited to see the community’s reaction.

“Most people seemed to agree that it is a need in the community, another recycling depot. I’m pleased to see the positive reaction to it so far.”

The facility at 6306-50 Avenue will feature household items at the front half of the store and the introductory carpentry program will take place at the back.

“We have a staff member who has taught that program previously. Just in conversation [they spoke on] the benefits of it. We think it will be a valued program in the community.”

“We’re tossing around the idea of building items for sale or for other groups in the community.”

The store will be accepting a variety of items from furniture to building supplies. Schille says the Reclaim store won’t take anything excessively broken, stained, torn, or ripped.

“We’re hoping if we get furniture donations with small damage we can fix it up a bit before we sell it in-store.”

After researching if the facility would be viable not only in Lloydminster but the surrounding region, Schille says the lack of used furniture stores was shocking.

“I think it’s going to be beneficial for people donating and people looking for the products. A lot of people don’t want to take their items to [a landfill] but they can’t sell it on Facebook or they don’t know where else to go.”