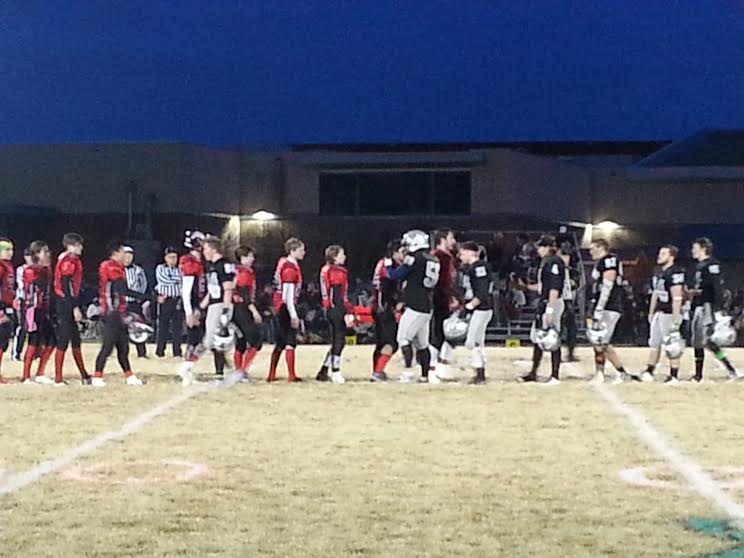 The Holy Rosary Raiders are moving on to the Tier III Alberta Bowl Semifinals.

The school earned the berth with a blowout, 34-0 win over the Sylvan Lake Lakers on Saturday. The game started slowly, remaining scoreless late into the second quarter before the team exploded with two touchdowns in two minutes.

Justin Millar scored both touchdowns, en route to a 4-touchdown performance. He says the team used the first quarter to familiarize themselves to the Lakers’ style of play.

“Off the start, we were not prepared for them at all,” said Millar. “Once we got used to what [level] they were playing at,  we were able to make some adjustments, and just go out there and do what we do, and dominate.”

Vince Orieux, head coach of the Raiders, says there is one main area he will work on in practice this week.

“It’s penalties again,” Orieux said. “We take some silly ones. We take some unsportsmanlike penalties, and pedestrian hit penalties. Procedures and offsides weren’t so bad tonight, but if there’s something we’ve got to clean up it’s that. [There were also] a couple of dropped passes early, and blown coverages which we can fix. There’s always stuff to work on.”

In other Lloydminster football news, the Lloydminster Comprehensive Barons won their Tier II Quarterfinal against the Austin O’Brien Crusaders 30-2.