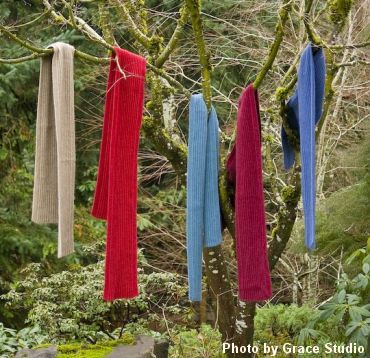 A Lloydminster resident is looking to help out the homeless.

Jessica Tupper has organized Wrap-up, a fundraiser where people walk around the downtown core on Thursday night, to place scarves on trees and poles for homeless people to use, and to raise homeless awareness in the city. Tupper says the purpose is to show support for the city’s less fortunate.

“I actually [got the idea] on Facebook,” Tupper said. “This project is a beautiful way to show people that they aren’t alone, that their community is here for them, and that they can always turn to us if they need help.”

Tupper also says the project has received a great response.

“It’s been surprisingly huge,” Tupper said. “I didn’t ever expect this many people, but it’s been great. People have really stepped up. We have numerous companies donating to us and helping us out.”

Tupper says anyone who wishes to participate can meet her in CanSafe’s parking lot, at 4720 50 Street, at 6 p.m. Participants will also have a coffee and cookie stand set up in the gazebo between City Hall and the RCMP detachment, in an effort to keep warm.

Anyone who can’t make it can always drop off their scarves ahead of time at CanSafe, or Avery School.