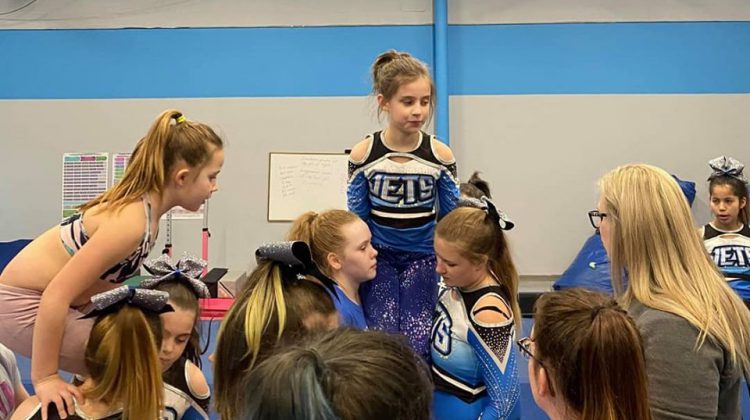 Cold Lake’s Cheer Force Jets is on it’s way to opening a gym in the Border City.

Head coach and owner Viola McNeil says the company will be expanding into the city after parents were informed that Cheer Legacy in Lloydminster permanently closed their doors.

“Unfortunately, they’ve closed during this COVID-19 crisis and some of the cheer parents have reached out to me. They have kids that are really invested in the sport and were devastated to hear that their gym was closing. We’ve been working with them to come up with a plan to help them out and we’re really looking forward to expanding into Lloydminster.”

Some of the Lloydminster athletes have already begun training virtually with the Jets which McNeil says can be challenging.

“The biggest portion of our sports is stunting which is lifting and throwing people into the air. It’s typically done in groups of four to five people. Obviously we can’t do that right now but we’ve been working on strength training so the girls can keep up with the skills and will be ready when the gym is ready to open.”

McNeil is in the process of getting a lease for a gym in the city and hopes to provide programming before the season starts in September. The Cheer Force Jets offers cheerleading, tumbling and ninja classes as well as recreational and competitive team classes from ages 18 months to adult.

“Ideally, we would be able to train through the summer to work on getting new skills before placing everybody into teams in September. We’re just waiting to see what happens with COVID-19 to see whether we can do summer training or not.”

The company started in Cold Lake in February 2017 with 15 athletes in their program. In the following years, the number of athletes grew to over 60 in the next year and about 200 in 2019 after opening a full-time location in Cold Lake.

Competitive teams take part in competitions in both Alberta and Saskatchewan. McNeil hopes to have both teams go into the same competitions to help them bond with each other.

Registrations can be found on the website which will be updated when more details on the expansion are completed.