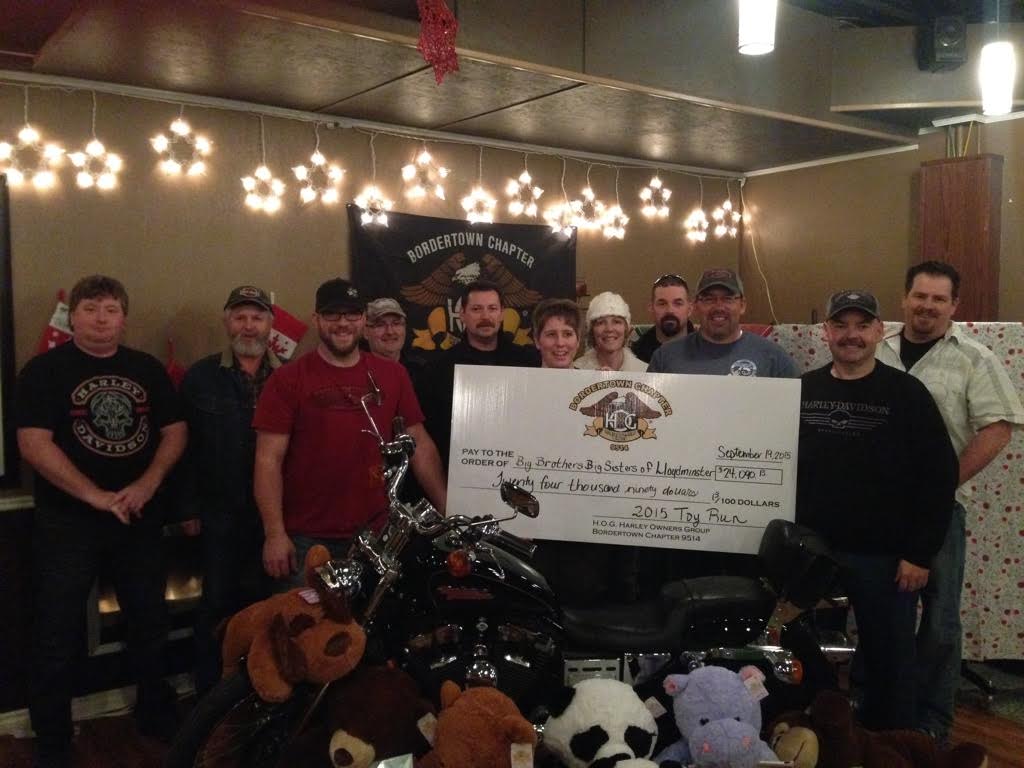 The Lloydminster Harley Owners Group has announced their donations from this year’s Toy Run.

The group raised over $65,000 for children’s charities throughout the city, dividing the money between the Lloydminster Community Youth Centre, Kidsport, and Big Brothers and Big Sisters. The group also raised around $6,000 worth of toys, some of which was given to the Goat’s Christmas Wish.

Brian Weiss, one of the club’s members, says the toys have a large impact on children.

“I had the pleasure [of visiting] the Ronald McDonald [House] in Saskatoon,” Weiss said. “They showed us the room of toys and things that we contributed previously to them. They have people coming there [and] staying overnight because of emergency situations, and before they get to go home, the kids get to pick a toy. So they are helping dozens of kids, making their days.”

Weiss also says that the group received a lot of support this year.

“Every year, we’ve tried to raise as much as we could, and every year, more and more people from the community have come together and have supported us,” Weiss said. “So, every year it’s gotten better, and we were really pleased to see that kind of support this year. And the coming year,  we hope to continue that on.”