Watch for aquatic invasive species hitching a ride on your boat: Sask.Evironment 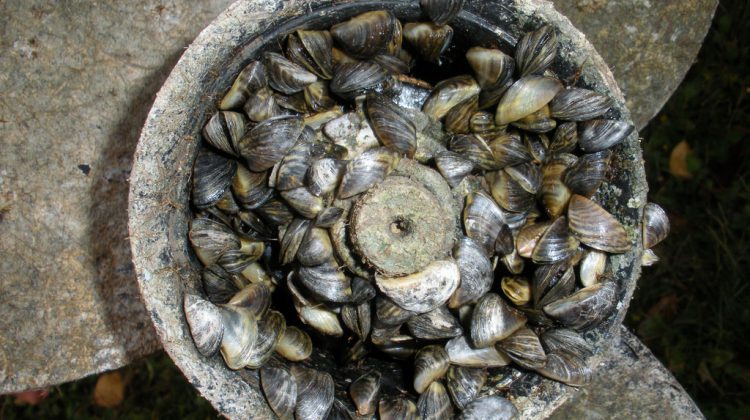 People taking the boat out for a spin should watch for an invasive species hitching a ride on the way back, says the Saskatchewan Ministry of Environment.

With boaters moving the craft from lake to lake and sometimes across provincial borders, boaters are urged to help in the fight to keep the invasive species out of Saskatchewan. Species like the flowering rush, Prussian carp, the spiny water flea and zebra or quagga mussels, once introduced to a waterway, could be impossible to fully get out.

Saskatchewan Aquatic Invasive Species Co-ordinator Jeri Geiger says that these invasive species can thrive because of several ecological factors, such as being able to outcompete natural species for food or habitats.

“Part of it is there’s a lack of natural predators, so that comes into play. Because they can reproduce often so rapidly, you really have a short period of time for any sort of control or management that is sometimes effective.”

People can help using the Clean, Drain, Dry Program for watercraft. This cleaning and inspection of your boat at an on-land stop, whether it’s a motorboat, canoe or kayak, can prevent the invasive species from coming into Saskatchewan. Geiger adds that by doing this, boaters could be preventing the province from having to spend millions of dollars to manage the invasive species.

“For invasive mussels, such as zebra or quagga mussels, there’s a huge economic impact. They can plug infrastructure, so for things like irrigation, power generation. There are recreational impacts, so they will cover docks, boat lifts, things like that, the dead shells can wash up on beaches. So really, there’s huge ecological impacts, but also economic impacts.”

No invasive mussels found in Saskatchewan waterbodies to date, which the province credits to people following the Clean, Drain and Dry Program, roadside boat inspections and regular monitoring of Saskatchewan’s waterbodies.

Saskatchewan has eight mobile watercraft decontamination units, two of which are set up at the Manitoba border, three at the Saskatchewan/United States border and the rest strategically placed around the province.