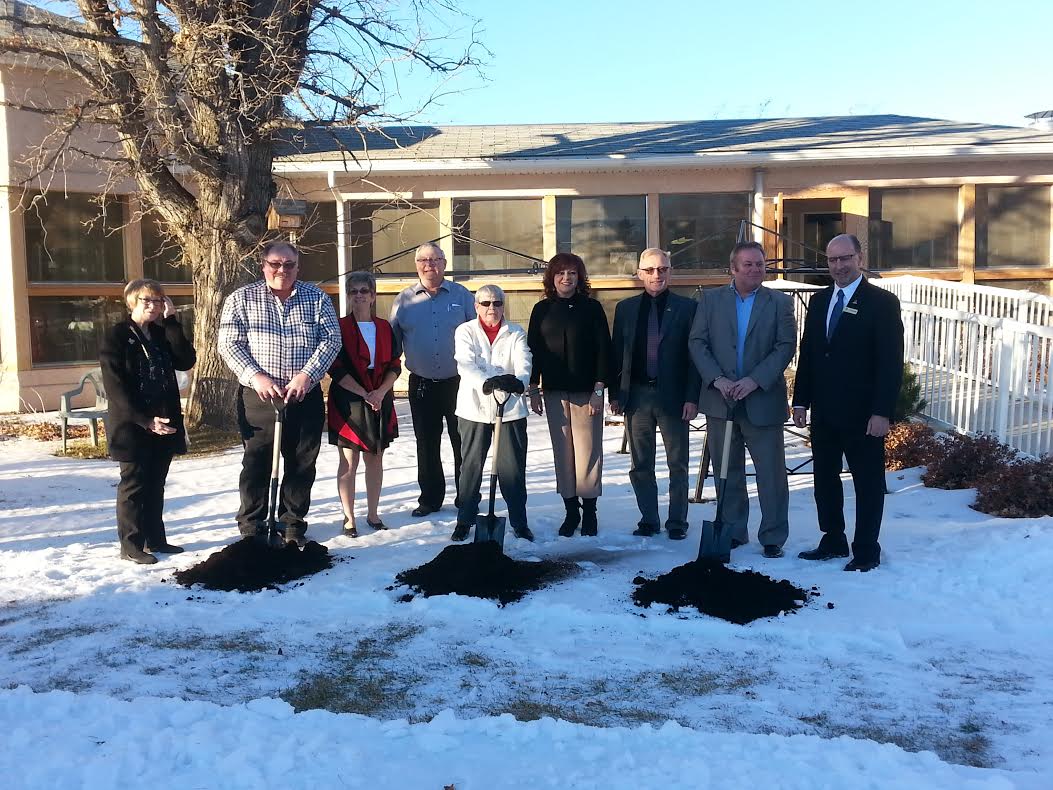 Pioneer Lodge has broken ground on their new wing.

The seniors’ home had a sod turning ceremony on Monday, December 7, officially kicking off the construction on Pioneer Home, a wing designed to provide a higher level of care to seniors that require it.

The seniors’ home says it is currently trying to raise the additional funds it will need to pay for the wing. Wendy Plandowski, CEO of the Lloydminster Region Health Foundation, says her organization is helping them with that.

“The Lloydminster Region Health Foundation is coordinating the community fundraising campaign of just over $2 million,” Plandowski said. “The grants that have been given are contingent upon the community raising a matching portion.That’s $2 million that’s in our region, that we need to come up with, to support the government’s commitment to make the Pioneer [Home] a reality.”

Plandowski also says that the organization has a few initiatives planned that they will roll out in the coming months. Construction is scheduled to be finished in March of 2017.