Prince George RCMP are looking for a missing woman, who may have connections to the Lloydminster area.

27-year-old Denise Mortimer was last seen June 16th  on Ferry Avenue in Prince George. Mortimer had recently moved to BC from Lloydminster, and she does not have access to a vehicle.

All efforts to find her have not been successful so far, and investigators are asking for the public’s tips. Mortimer is described as caucasian, 5’1″ and 110 LBs. She has blue eyes and brown hair, which has been dyed blonde with a blue tint. She was last seen wearing a strapless blue dress with a green purse.

Anyone with information on Denise Mortimer’s whereabouts is asked to contact the RCMP or CrimeStoppers.

EDIT: There was an error in Mortimer’s height in the original article which has been corrected. 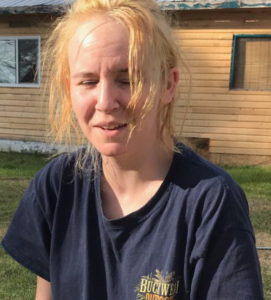