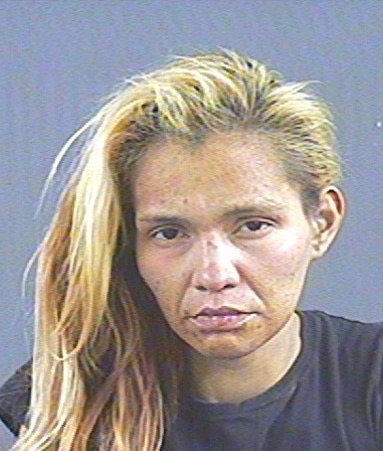 UPDATE [July 13th, 2020:] The Turtleford RCMP say they have located DeeDee Steele in Thunderchild First Nation. She has passed away. After investigation with the  Saskatchewan RCMP Major Crimes Unit and the Saskatchewan Coroner’s Service, police do not believe her death is suspicious in nature.

Steele was last seen at House 266 in Thunderchild First Nation on June 12th and has been reported missing by family.

Police believe she may have been in the Livelong, Saskatchewan area on the same day. She also has connections to Vernon, BC, but RCMP have not confirmed if she is travelling there.

Steele is Indigenous with a thin build. She has long dyed blonde hair and brown eyes. She is missing a front tooth.

Anyone with information on Steele’s whereabouts is asked to contact the RCMP or CrimeStoppers.