Ribfest headed for the Border City this summer 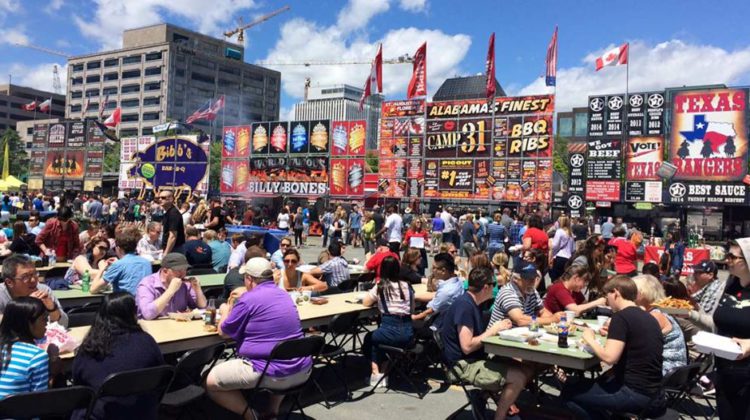 Lloydminster residents will be able to get a taste of barbecue from across the national border in August.

Andrew Reinhardt, organizer and owner of Billy’s BBQ in Michigan, says Ribfest will be a drive-through type event following provincial health guidelines. Orders will be taken at a table separate from the food trucks and then placed in the persons vehicle with limited contact.

The event will feature four teams: Billy’s BBQ, Camp 31 from Alabama, Buckeye BBQ from Ohio and Pistol Pete’s from Oklahoma City. Reinhardt says all the trucks and equipment are already in Canada and it will just be a matter of getting the cooks across the border.

“From what we were told, everything should be fine. We’re excited to bring an event to communities in Alberta right now. It’s an event but it’s not an event, it’s no different than getting a coffee from Tim Hortons except it’s southern barbecue.”

There will also be more varieties of food and beverage trucks selling blooming onions and Alabama lemonade. Reinhardt says they’re also hoping to entertainment as well, either music or a drive-in theatre in the evenings.

“We feel like this idea and concept is safe and people need something right now to get out of the house and have some fun but in a safe way.”

Reinhardt says their original plans of expanding Ribfest through the province were delayed by COVID-19 but he’s excited to bring it to Lloydminster. Proceeds from the event will go towards Border City Connects, formerly known as the Lloydminster Handivan Society, who is co-organizing the event.

Border City Connects Director Glenn Fagnan says they are in the process of securing a location and more information will be shared on social media. The event is currently scheduled for August 21st to 23rd from 11 a.m. to 9 p.m.