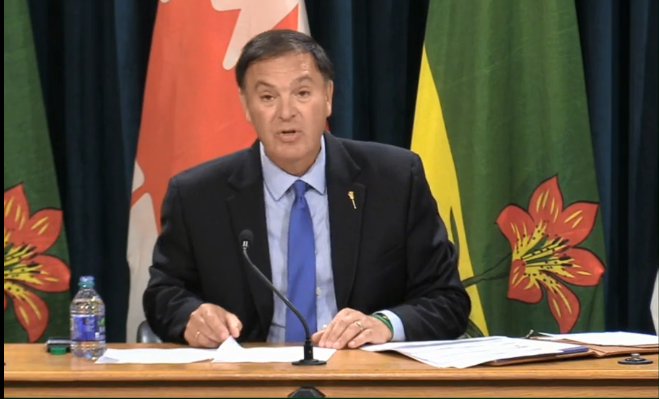 The Saskatchewan government is planning a return-to-school with as close to normal conditions as possible.

The provincial government released details on the back-to-school plan which focused on eight aspects for a safe return to classrooms in September. School divisions across the province had their draft plans reviewed by the Response Planning Team to ensure the follow guidelines incorporating the aspects, which were developed in consultation with the Chief Medical Health Officer, Dr. Saqib Shahab.

Schools will have dedicated entrances and exits and staggered transition times to avoid large gatherings in the halls. Classrooms will be configured to minimize contact and outdoor spaces may be used for classes.

Schools are also required to have a dedicated quarantine area for students and staff exhibiting symptoms. The area will allow them to isolate from the rest of the school until they can be picked up safely.

Parents and caregivers should monitor their children for any symptoms of COVID-19 and keep them at home if they do have symptoms.

Extra-curricular activities will be allowed under phase four of the Re-open Saskatchewan Plan and will be dependent on the most current public health guidelines.

The Ministry of Education is asking parents to drop off and pick up their children at school, but if it isn’t possible then buses will be available with protocols in place. Students will have assigned seating on school buses and those that live in the same household will be seated together. Buses will be sanitized between each run.

Schools will be working with local medical health officials to provide support for students who are immunocompromised or medically fragile.

“This will allow both sectors to focus efforts and action including things like testing and additional supports or restrictions should that be required,” Education Minister Gordon Wyant says.

In addition, the government is increasing the capacity at child care facilities from 15 to 25. Shahab notes research show the transmission rate among kids under 10 years old being lower than older kids and adults.

The province hasn’t made masks mandatory while other provinces have. Alberta, who released its back-to-school plan the same day, is making masks mandatory for all staff and students from Grade 4 to 12.

“There are differences, with respect to plans, in every jurisdiction in this country and while there are some similarities, there are some differences. Saskatchewan has chosen, in this particular instance in phase one as we want to open up schools in the most normal a way as possible, that masks won’t be mandatory in our schools.”

The government also outlined four levels of precautions which can be activated regionally or provincially. Level one would be a return to school as close to normal as possible. It includes additional health measures and is what is currently planned for September 1st.

Level two would be to implement mask usage which will be distributed to the school divisions by the Ministry of Education. A mask recommendation will be based on the direction of Dr. Shahab. Level three would see the capacity within the school reduced and could bring in hybrid learning models and establishing cohorts.

Level four would be a transition to mandatory remote learning. Moving from one level to another will be based on the advice of Dr. Shahab, but they did not specify what would require the need to change levels.

“There is no one circumstance where we can say at this level we’re going to do this. It’ll depend on a community-by-community basis and a school-by-school basis.”