New COVID-19 cases recorded in the County of Vermilion River 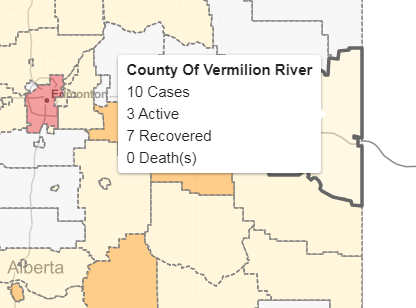 Three new active cases of COVID-19 were recorded in the County of Vermilion River, according to Alberta Health. As of August 3rd, there are a total of 10 cases in the area with seven cases considered to be recovered.

All four cases in the County of Minburn have recovered. One active case has also been reported in the M.D. of Provost.

In the Central zone, there are 211 active cases with 15 people being treated in hospital and 4 of those in intensive care. There is a total of 267 recoveries in the zone.