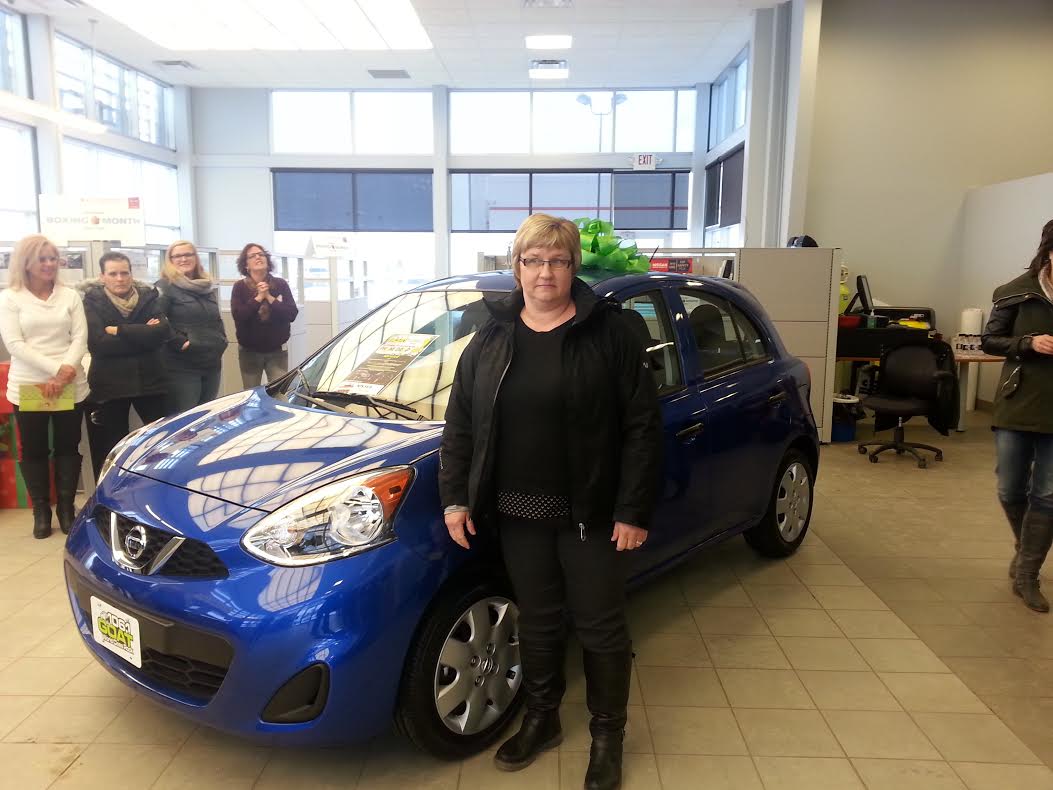 A Lloydminster resident has won a brand new 2015 Nissan Micra.

Doris Payne won the Micra-Phone Drop contest with Nissan Lloydminster, after winning a time trial with an RC car.

“[I’m] still shaking,” Payne said, moments after winning the contest. “I feel like I want to throw up, actually… [I] couldn’t believe it.”

Ken Coleman, Business Development Manager at the dealership, says they wanted to try something new.

“The community hasn’t seen a true car giveaway, we’ve seen leases but no car giveaway,” Coleman said. “So, the owner, Shawn Young decided it was a fantastic idea. We partnered with The Goat, who’s been tremendous, and we had a fantastic day with about 50-70 people here. We had a lot of fun, and the winner… we are so happy to give her this car.”

Coleman also says that he’s happy with the buzz generated in the community, and that a lot of people have come to the dealership for test drives as a result.