One new COVID-19 case in the County of Vermilion River 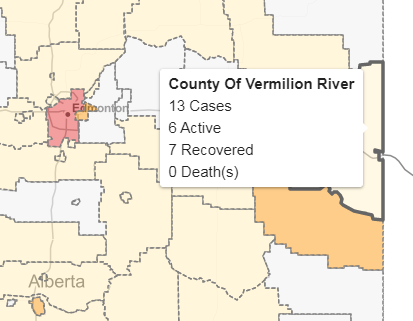 One new active case of COVID-19 has been identified in the County of Vermilion River.

There are six active cases and seven recoveries in the county, according to Alberta Health data as of August 10th. No additional cases were recorded in the M.D. of Wainwright and it remains at 46 active cases, 12 recoveries and one death.

In the Central zone, there are 99 active cases with 11 people being treated in hospital. There are 442 recovered cases and five deaths in the zone.