Saskatchewan health officials say all the new COVID-19 cases confirmed in the last day were in the North-West zone.

In the province’s August 24th update, they confirmed three new cases located in the region housing Lloydminster, the Battlefords and the surrounding area.

Breaking this down further into subregions, the Lloydminster and District area sits at two cases, one of which was confirmed in the last 24 hours. The other two new cases were in the Battlefords zone, putting their active numbers at four.

The region containing the Cut Knife-Wilkie subregion has seen a recovery, putting it at 17 active cases. The Turtleford-St. Walburg subregion remains at three active confirmed cases.

Hospitalization numbers across Saskatchewan are at five, all in Saskatoon. Four of these are in intensive care.  In total, 98 cases of 1,602 are considered active, with 60 in communal living settings.  A total of 1,482 people have recovered. 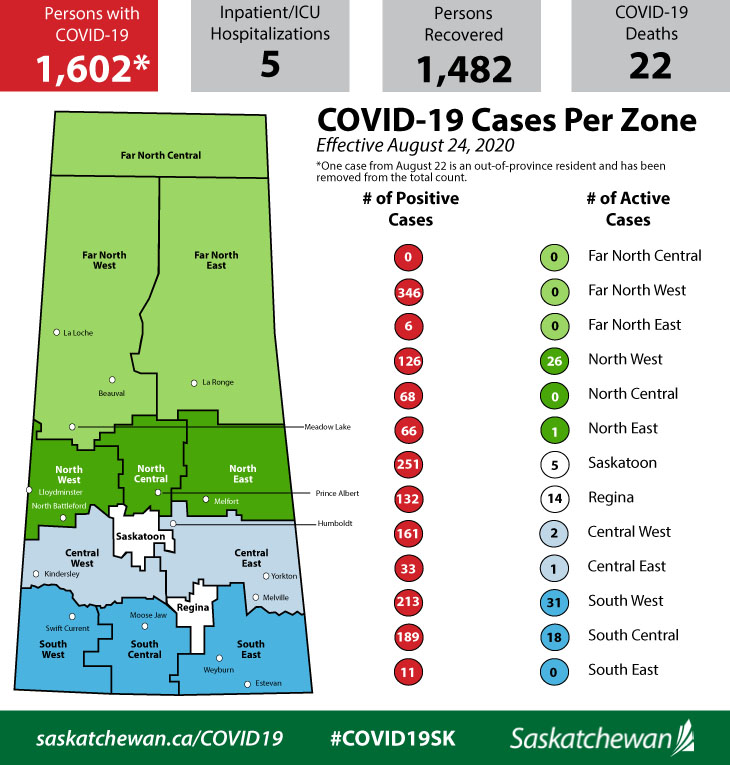