There have been three new COVID-19 cases confirmed the last day in the area housing Lloydminster to the Battlefords.

In Saskatchewan’s August 27th update, the North-West zone is at twelve cases confirmed, up from nine the day previous. Two of these new cases are showing in the Cut Knife-Wilkie area, and the other new case was found in the Battlefords, for a total of five and four, respectively. There’s been no change St. Walburg-Turtleford zone, sitting at three and Lloydminster and district area at one.

There were also two more cases found in Saskatoon. Hospitalization numbers across the province sit at three, all also in Saskatoon. Two of these cases are in intensive care.

Of the 1,609 reported cases, 58 are considered active. SHA investigations have determined 29 of those cases are in communal living settings.

A total of 1,527 people have recovered since the outbreak began in Saskatchewan. 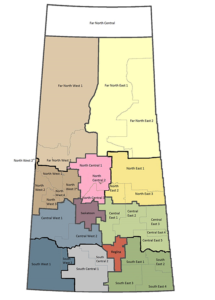