UPDATE: The Lloydminster RCMP has located Doris Wiley. She is safe and unharmed.

The Lloydminster RCMP is asking for the public’s help finding Doris Wiley.

The 49-year-old was reported missing after last being seen August 27th in the city. Attempts to find her so far have not been successful, and police are concerned for her well being. Wiley has no fixed address.

Doris Wiley is described as 5’5″, 125 LBs with black hair and brown eyes. A photo has not been made available at this time.

Anyone with information on Doris Wiley’s whereabouts is asked to contact the RCMP or CrimeStoppers. 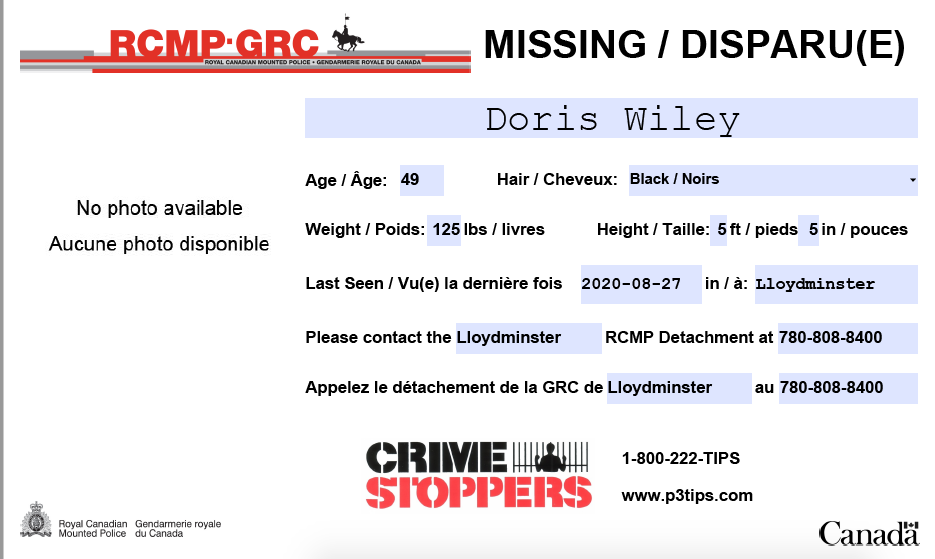