The latest Saskatchewan Health update shows COVID-19 numbers have remained flat for the last three days in the area housing Lloydminster to the Battlefords.

According to August 31st’s information, the north-west zone has stayed at eight cases, the same total since Friday. Breaking this down into the various subregions, the Battlefords zone and the Cut-Knife/Wilkie area remain at three cases each, while the Lloydminster and district region and the St.Walburg/Turtleford region are at one apiece.

Across the province, there were four new cases confirmed in the last day, one each in Saskatoon, the Central East Zone, the South-Central and the South-West area.

Hospitalization numbers have stayed the same as well, with only three, all in Saskatoon. Two are in intensive care.

Active cases are now at 34, with twelve more recoveries in the last day across the province. In total since the outbreak began, 1,561 people have recovered. 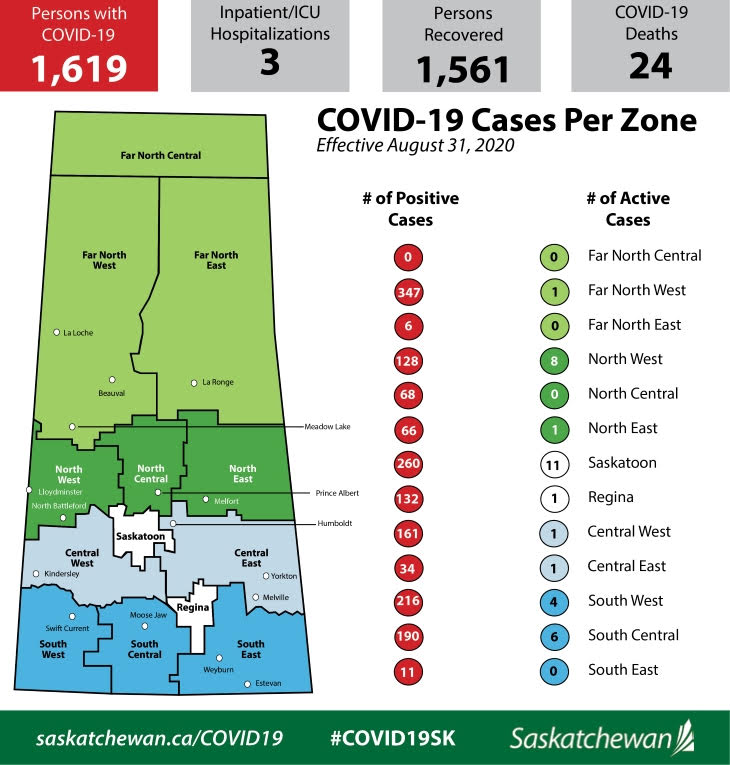