COVID-19 cases are now at seven in the area containing Lloydminster, the Battlefords and surrounding towns.

One of the new cases was confirmed in the last day, and another with a previously unknown location was determined to be also in the North-west.

Looking at numbers in the four subregions, the Lloydminster and district region is at two active, confirmed cases,. The Battlefords zone is at three and the St.Walburg/Turtleford area stands at zero.

The Cut Knife/Wilkie area has three confirmed cases, one of which was confirmed as of September 2nd.

Across Saskatchewan, there have been two new cases total, the other being in the South Central Zone. There are also still two people receiving hospital care in Saskatoon, one inpatient and one in the ICU. 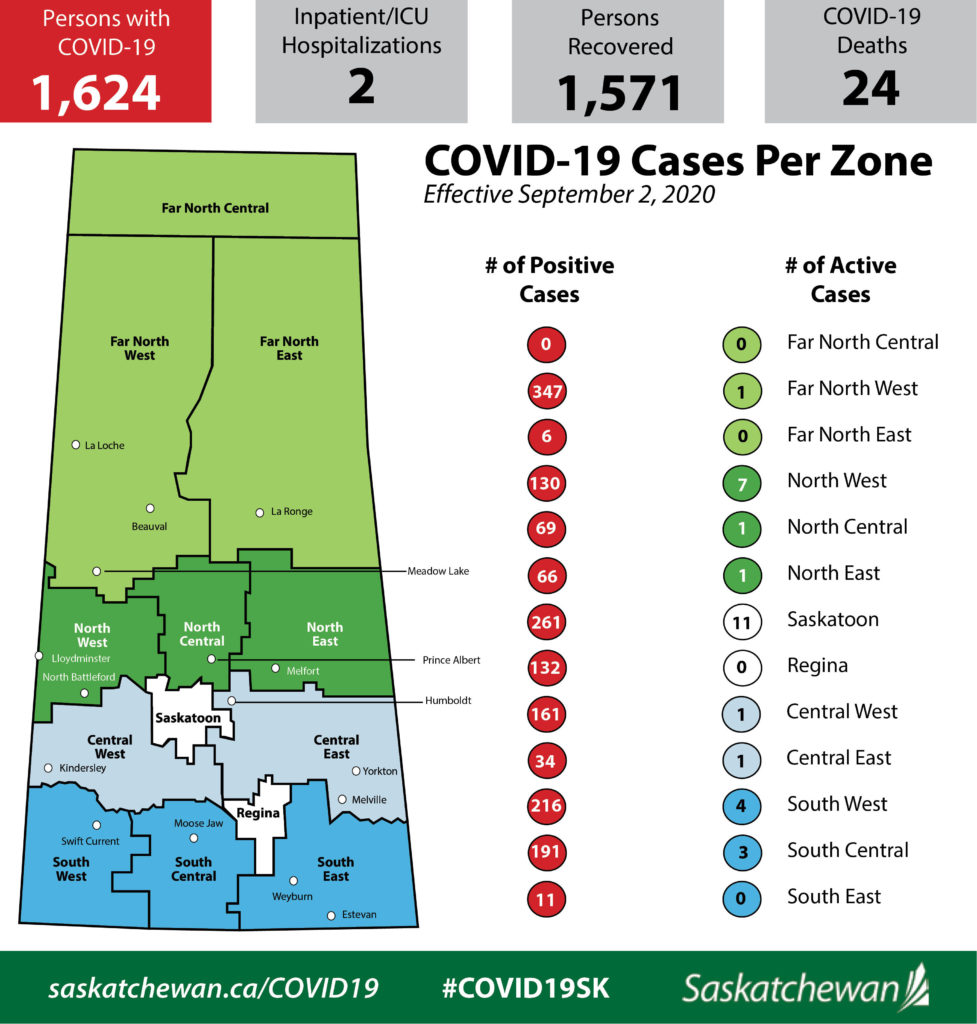