Sask snow plows to be equipped with blue lights 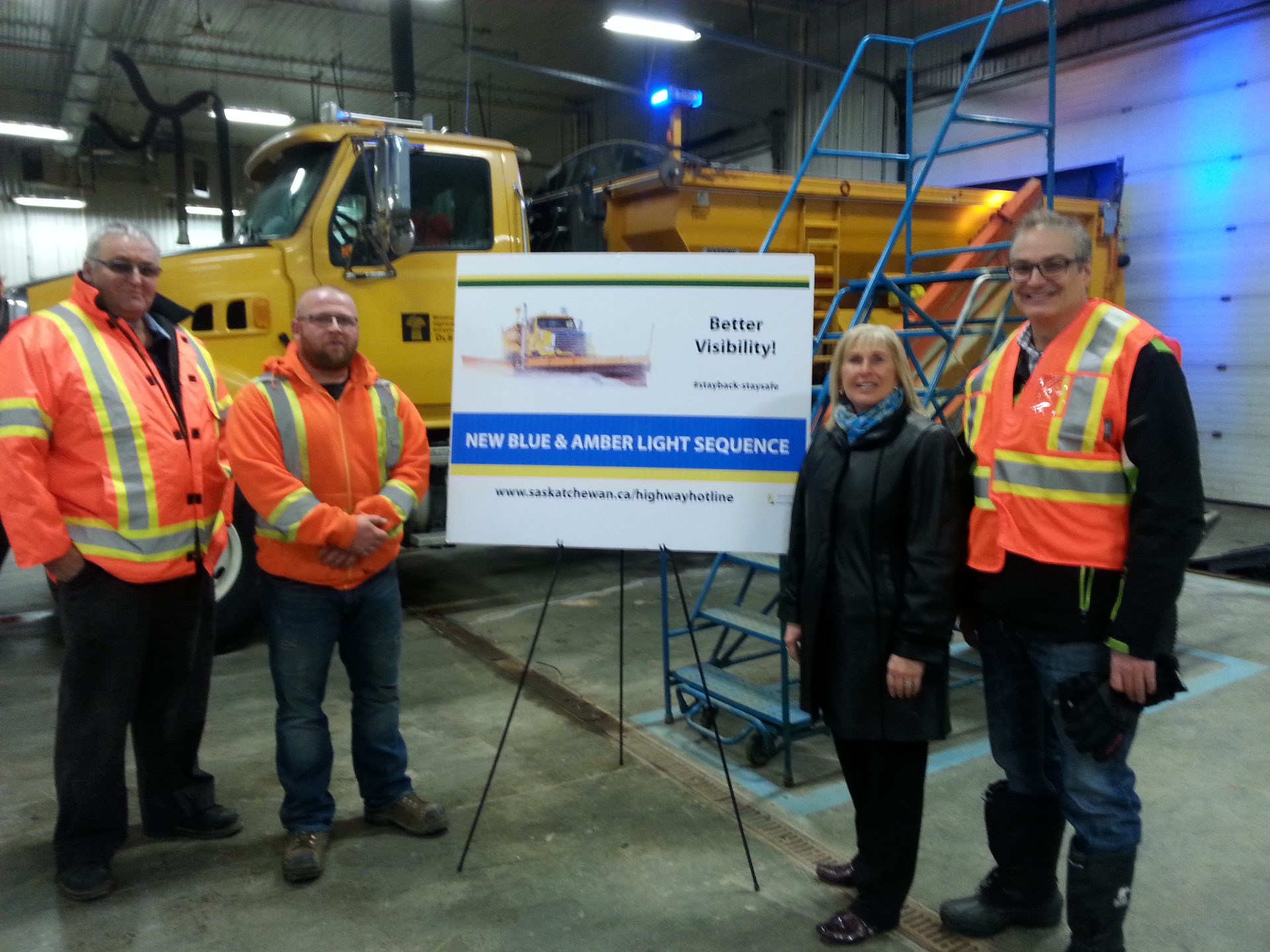 The province of Saskatchewan has equipped all their snow removal equipment with blue flashing lights.
All provincial plows, graders and snow blowers will now flash blue lights in tandem with the traditional amber ones, to alert motorists to their presence, as opposed to the old system of only having amber lights. The light combination will only be used when the equipment is plowing or blowing snow, sanding, salting or surveying the condition of the highways.
“The Transportation Association of Canada figures that the blue lighting provides better visibility. So what we’re hoping is that motorists will see these blue lights, combined with the amber…stay back, recognize it’s a snowplow, and that way we can avoid incidents such as snowplow hits,” explains Steve Shaheen, the Ministry of Highways Communications Officer.
Saskatchewan’s Ministry of Highways reports 8 snowplows were hit by motorists last year.
North Battleford Highways equipment operator, Dale Sraybash, says the new lights will clarify for drivers the kind of vehicle that is signally ahead. He says, “It’s going to specify exactly what type of equipment is on the road. So when they see that blue and orange light, they will know that it is a snowplow and not just a wide-load, or any other type of equipment.”
The province urges all drivers to keep a safe distance from snowplows and reminds drivers that it is illegal to pass them going faster than 60km/h. Saskatchewan joins Manitoba, Ontario, Newfoundland and the Yukon in adopting the blue and amber light combination.
Facebook
Twitter
ReddIt
WhatsApp
Email
- Advertisment -
- Advertisment -
- Advertisement -