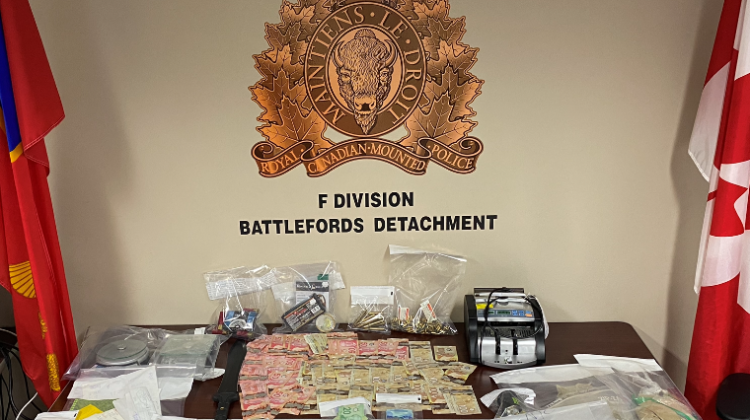 The North Battleford Gang Task Force and other members of the RCMP detachment conducted a search of a residence on the 1300 block of 96th Street on September 10th. During the search, officers found 276 grams of cocaine, one kilogram of illicit marijuana, four grams of MDMA as well as other substances believed to be illicit drugs.

A handgun, 200 rounds of ammunition, several other weapons and $6,000 in Canadian currency were also seized in the search.

Thirty-three year-old Tyson Goller of North Battleford and 36-year-old Danielle Becker of Saskatoon were charged with several drug trafficking charges and firearms charges. Both were released and will appear in North Battleford Provincial Court on October 26th.

RCMP advise anyone with information on drug trafficking or other crimes in the Battlefords to call the North Battleford RCMP or Crime Stoppers.