UPDATE: The RCMP say Marshall Procyshyn has been found, and he has passed away. Police do not believe his death was suspicious or there was any foul play.

The RCMP is asking for the public’s assistance finding 82-year-old Marshall Procyshyn.

He was last seen at a home in Clandonald on Saturday, September 12th, and police are concerned for his safety and well-being. Marshall Procyshyn is described as 5’6′, Approximately 160 lbs with short balding grey hair and a beard. He also wears glasses.

Police say he could appear confused when spoken to. If anyone knows where Marshall Procyshyn is or has information on his whereabouts is asked to contact their local RCMP detachment or provide a tip anonymously via CrimeStoppers. 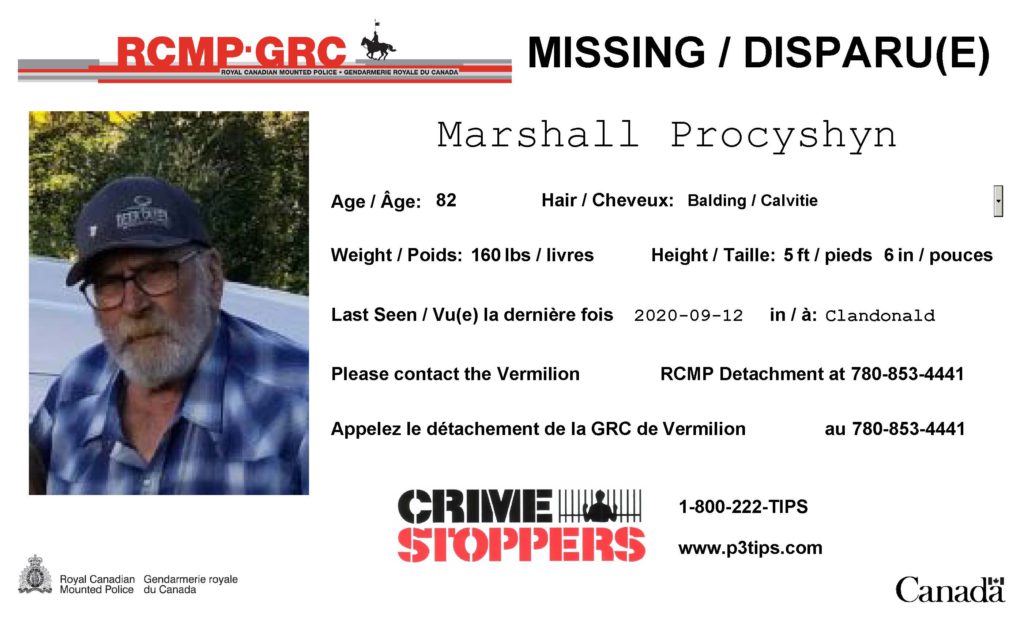