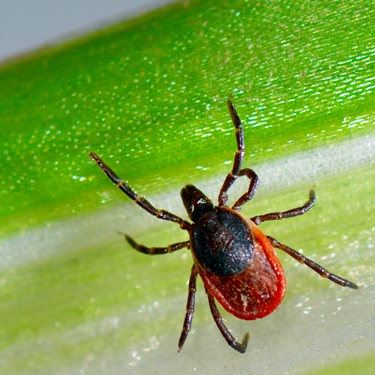 The Saskatchewan Ministry of Health is reminding people to be tick cautious for themselves and their pets as the black-legged tick season begins.

While black-legged ticks are rare in the province, they can be carried in by migrating birds in early spring, and mature during the spring. They’ll then remain active in the Fall. These ticks are also the ones that spread Lyme Disease. They can burrow onto people or pets, especially those travelling in tall grass, brush or wooded areas. Most ticks found in the province are the American dog tick, which cannot spread Lyme Disease. These are most active from April to July.

People can take precautionary measures like wearing long light coloured clothes so that people can be protected and visibly see ticks. The Ministry of Health also recommends pulling socks over pant legs in tick areas and using bug spray.

They also recommend people doing a full-body check for ticks on themselves, their children or their pets and a shower to shake off loose ticks. If someone finds a tick, they should remove using by fine-tipped tweezers, grasping the mouthparts of the tick as close to the skin as possible.

Then, pull upwards and out with steady pressure, careful as to not crush and squeeze out infectious fluids. People should not use fluids that are noxious to ticks such as Vasoline, Gasoline or others as this may cause the tick to regurgitate.

Ticks can also be euthanized by freezing them in a bag for twenty-four hours, then send photos online to the Ministry of Health. Using their eTick online system, they’ll get information on the type of tick and the risk of exposure to tick-borne diseases.

In Saskatchewan, 3022 ticks have been submitted between April and July 2020. Only 11 were black-legged ticks and of the six tested to date, three were positive for the bacterium that causes Lyme disease.