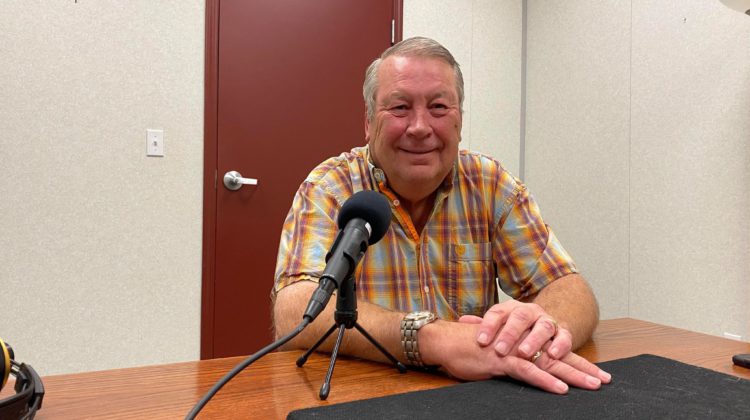 Lloydminster resident Bill King will be taking another run at a City Council seat.

King is a third-generation Lloydminster resident, previously ran for council in 2016. In addition to working in management with three companies, he has also served as President of the Edmonton Petroleum Club and a director of the Alberta Trucking Association. Currently, he sits as a director for the Richard Larsen Barr Colony Foundation, Lloydminster Curling Club and secretary-treasurer of the Lloydminster K-40 Club.

If elected, King says he’ll be working on the redevelopment of existing infrastructure. He explains that he believes the city is in a building stage, and that a council must establish what the city needs right now, versus things it wants.

“As far as the infrastructure, and building of new city-owned or city-run properties, I think we more have to more deal with our existing infrastructure, get that back into shape because it’s depleted quite a bit over the years, I believe. So get that done, and then we can look at some of those things.”

King also wants to attract both local businesses and national ones to the Lloydminster area by finding which ones could be a fit. He says that the way forward starts with a conversation and work on making Lloydminster a viable hub for these businesses, work he gives credit to City Administration and Council for doing already.

“If you can make it a more viable place for [businesses,] they’ll come back, and more importantly we won’t lose some of the businesses that we have. I’m afraid that taxes on businesses, if we get too heavy-handed on that, because that’s always an easy place to generate revenue, they’re very mobile. They’ll move, and we’ve seen it in the past. So we’ve got to be cautious, but we can’t give away the farm either.”

In addition to working to build business interests in the community, King wants to establish Lloydminster as a place where people feel confident building a life in.

“It’s imperative that we keep the younger generation, the younger people, the younger families here, with good jobs, and a future, instead of having them run to the bigger cities, or wherever.”

King adds that he will work with the council towards common goals, but would bring a constant questioning nature to the council, and not being satisfied with “fluff answers.” He says he also wants to be a go-between to find answers for constituents, and if he doesn’t know, he says he will find out.

Voters go to the polls on November 9th, and while King will not be holding in-person events due to COVID-19 risk, he is open to anyone coming up to him to ask questions when they see him around town. He will also be speaking with the other seventeen candidates at the Lloydminster All-Candidates Forum on October 19th.