2020 is “one of the most important municipal elections in our lifetime”: Council Candidate Chris Carnell 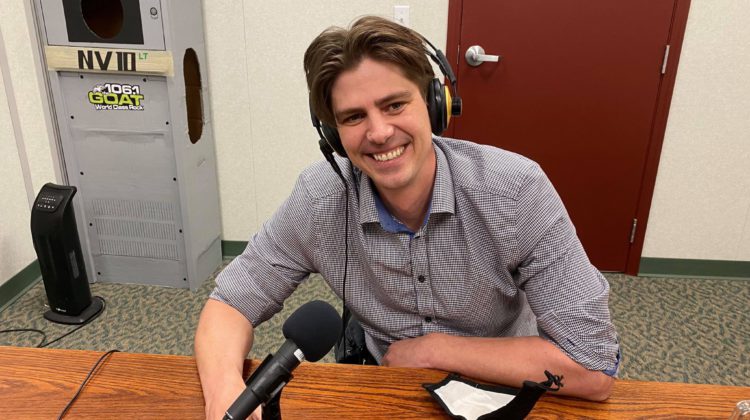 Chris Carnell has taken a step back from his position as a Lloydminster Catholic School Board trustee in order to run for city council.

After sitting on that board for eight years, he explains that he chose to put his name in the ring because he believes 2020 is “one of the most important municipal elections in our lifetime.” He says that the new council needs to be willing to make tough decisions in the interest of the City and it’s residents and follow through. He adds he has experience working bi-provincially and would be a constant voice for things that he believes are in the best interest of the city.

Carnell explains that one of the projects he would like to see slow down is Lloydminster’s annexation of land from the County of Vermilion River. He says that there’s still land within the City to develop, and if they were to take their time on that, the city could both eliminate their deficit and end with a surplus.

“We have quite a lot of vacant lots in North Industrial, we’ve got space in Parkview for building houses, and there’s really nothing wrong with looking at something right now, and saying ‘Hey, let’s slow down a little bit, let’s see what we already have and let’s starting investing that money in what we already have.'”

Carnell says he’s also concerned about The E-Commerce Support Grant, which would provide $500 to small businesses in order to get an online presence such as setting up a website or utilizing online marketing.

He says that while he understands the good intentions behind the grant, his background is in I-T and he believes $500 will not go as far as needed should a business use it. He also adds that home-based businesses should not have been excluded.

“I want to look at other programs like that, where we’re potentially redistributing money in a way, and say ‘does this program serve the best interest of our community?’ Or should we take that money, trust that business knows what to spend their money on, and just give that back as tax cuts? So I’d like to see a little bit more of a different perspective in that regard.”

Improved connectivity is also something he would look at as a means for helping the existing population of Lloydminster, businesses and students learning from home due to COVID-19, but attract new business as well. He explains that Fibre Optics internet throughout the city could be a way to do this.

“Businesses who’ve looked putting in fibre optics into their businesses, I mean, it’s a $15,000, $20,000 expense for them, and it makes it unreasonable to do that. I think if we want to attract business to Lloydminster, why don’t we have the fastest internet in the area? I think it would be something that would be a big benefit.”

Carnell says the city also fiscally needs to put itself in place to be ready for possible financial cuts from the provinces, which he says the burden of is often downloaded onto the municipalities.

He says services in the interest of safety, like police, fire and road development are things that he would never look to cut funding for, but he’d be interested finding where to stretch other projects and cut costs, in order reduce tax burdens on people and the economy as it recovers.

Carnell is one of eighteen candidates running in the 2020 Municipal Election. Election day is November 9th, and the candidates will be appearing in a virtual town hall discussion on October 19th.