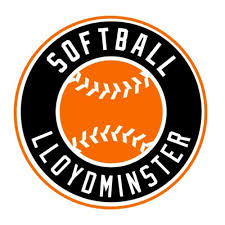 Lloydminster has been named host of the 2017 National Canadian Women’s Softball Championships.

The city and the Lloydminster Amateur Softball Association will play host to 30 or more teams in August of next year, to which to Softball Association says they are thrilled to have the honor and wants the community to show, once again, that we are premier event hosts. The Association’s bid paid off big, with the help of the Chair of the upcoming national championships and lead on the bid development, Warren Noble.

“Basically what happens is a bidding process so you have to fill out a form to be able to be awarded the successful bid. So showing your ability to host previous events…” says Noble, the Facilities Coordinator for the event.

“I had a conversation with the lead, his name is Mike, and I said to him, Lloydminster gets numerous events, like Allen Cups, obviously RBC Dominion, Hockey Day in Canada…when we get those kinds of events our community gets behind one another and so that’s what we’re hoping for with this one, that the community can showcase their support for softball.”

The location of the tournament games will be Legion Park and two separate categories will be featured: both the under 18 division and the senior women’s division. Lloydminster residents and businesses will also have the opportunity to be a sponsor and/or volunteer for the tournament.