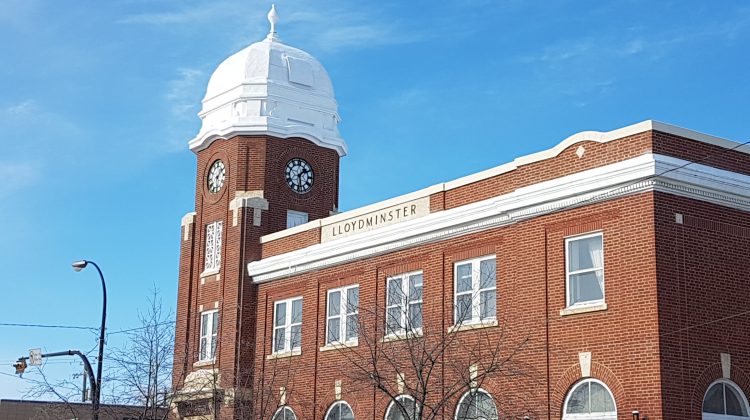 The clocktower in downtown Lloydminster. (Brendan Collinge/106.1 The Goat)

The process to find a buyer or developer for the Lloydminster Clock Tower is ongoing, and the city will be inviting people to take a look.

In the effort to find people to find buyers to take over the heritage site, the City will be hosting two open houses, on Wednesday, November 4 for 11:30 AM to 4 PM. The second will be the next day, Thursday, November 5, from 4:30 PM to 7:30 PM.

It was decided back in February that the former post office at 50th Avenue and 50th Street, would be going up for sale after it was determined that it would cost the City almost three million dollars to repair and bring up to code. Some of that work will include upgrades to the HVAC system among others. The city says it may cost less for a private developer to work on, because they may have not as strict standards compared to a public-owned site.

Due to its heritage designation, the exterior of the building cannot be changed, but what happens inside can be updated and brought into the vision for downtown. Other reasons the city chose to sell instead of pay for renos included the obligation for taxpayers, a lack of City use for the building, and the city leasing the property making them competition for local developers.

The City has decided to sell the building at assessed market value. Last assessed in November 2018, the designated three-storey 8,000 square foot building had a market value of $445,000.