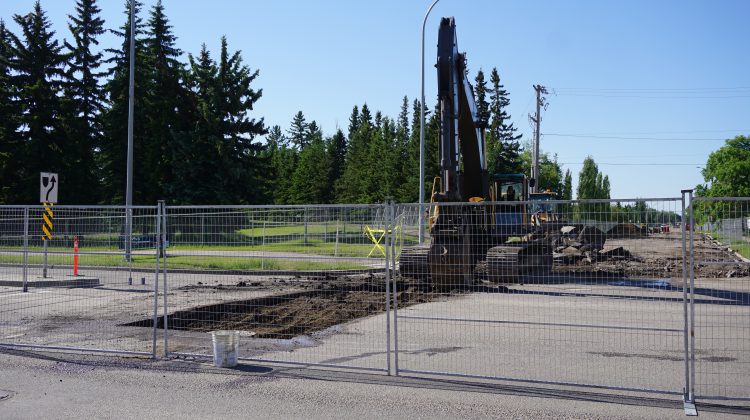 The City has chosen an engineering firm to take care of the planning and construction management of the 44th Street rehabilitation.

City council passed a sole source award to Bar Engineering Co. Ltd. contingent on the approval of the Municipal Stimulus Program grant funding coordinator. The firm will work on the preliminary planning, designs, construction cost estimates and bid document specifications for each piece of the project.

“Using the term quarterback, that’s what Bar Engineering will be and they’ll lead that charge and work with partners, the city and various contractors to make this project a success,” says Mayor Gerald Aalbers.

Due to having two different provincial funding arrangements on the project, the rehabilitation is considered as two separate projects. The concrete block installation at the intersection of 44th Street and College Drive is funded through Saskatchewan’s Municipal Economic Enhancement Program. While, the roadway improvements from 62nd to 75th are funded through Alberta’s Municipal Stimulus Program.

Aalbers says by having the same firm on both projects it will create efficiencies on the project timeline and cost.

“It’s going to be a long-term project. Thinking about it, encompassing from 62nd to 75th, there are a lot of blocks there and not all of it is going to get the same treatment, but there’s going to be multiple work being done at different places.”

Bar Engineering has previously worked for the city on the 44th Street rehabilitation from 45th to 50th Avenue. Calls for proposals for construction contractors will go out next year.

“We haven’t awarded any contract for that work. That will be coming out into the new council, early in the new year I would imagine. We want to make sure, as soon as possible, work can start in the spring.”