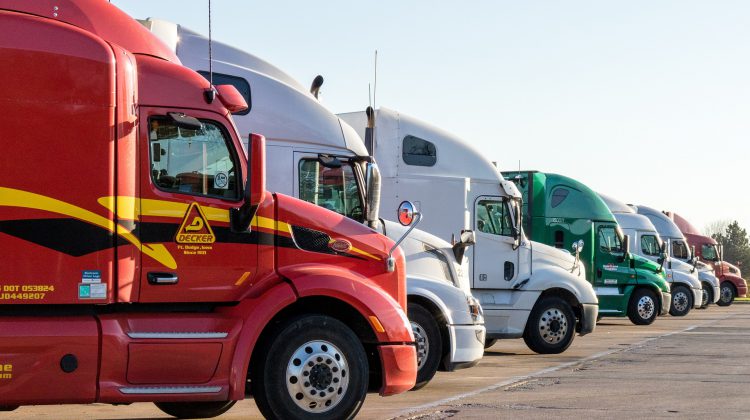 A line-up of trucks. (Pixabay)

Normally, the season would have begun on November 16th, and ran until March 14th. However, due to milder weather this month, they determined that the roads had not frozen enough. As such, extra weight could damage the roads underneath, which Highways Minister Joe Hargrave says could not only be costly, but dangerous as well.

When it comes to municipal roads, RMs across the province will set their own limits. To keep up with that, commercial truckers and shippers are encouraged to make use of trucking weights page on the Government of Saskatchewan website.

The Government also encourages people to use social media to get up to date road restrictions, by following the account @SkGovHwyHotline or the hashtag #skweights, or call the hotline at 5-1-1.

Once the roads actually do freeze enough, truckers will be able to transport more weight on these secondary highways again. Truckers benefit using the weights because it allows efficient movement from secondary to primary weight highways, the ministry explains, resulting in fewer trips and cost savings for truckers.