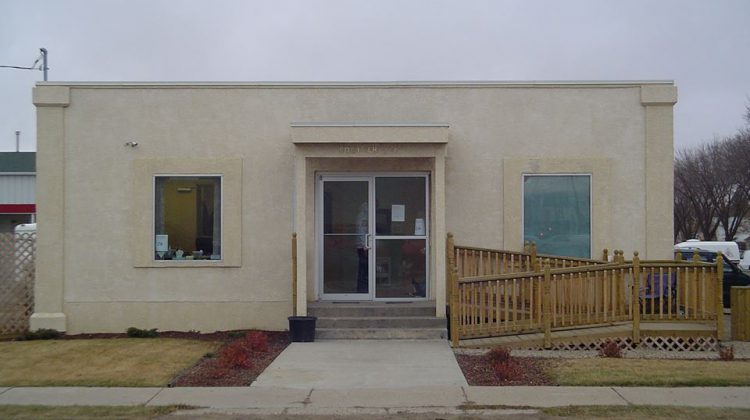 With the winter weather coming in hard and fast, many men and women of the city’s homeless population are seeking a safe place to stay in the Lloydminster Men’s Shelter.

Executive Director Valerie Lazicki says they already hit maximum capacity in their 28-bed shelter during the past few weeks after a snowstorm hit the city.

“It’s down a little bit now, but because of the nature of our business and clients we serve, it’s up and down. I expect, now that we’re getting the cold weather again and snow is falling, our numbers are going to rise.”

Earlier in the year, the Men’s Shelter executive staff needed to reduce the amount of spaces available to their clients in order to prevent the spread of COVID-19.

The Knox Presbyterian Church provided help to the Lloydminster Social Action Coalition Society, which runs the shelter, and allowed them to use the church as another space for shelter. Lazicki says they will be staying at the regular shelter space this winter and expanding their services to a 24/7 format.

“It will allow our clients to stay in shelter and limit movement in the community. It’s a service that we’ve been interested in providing especially during the winter when it’s so cold outside. We will be hunkering down a bit and staying in place.”

She says the beds at the shelter have been rearranged and spaced out to allow for social distancing and fit within the guidelines.

The society will be utilizing expanded hours at the Drop-in Centre, which is now open seven days a week, to help those who are unable to stay in the Men’s Shelter. In past years, the lobby of the shelter was used to keep clients warm and now the Drop-in Centre will be offering a similar service for the winter.

“We’re really pleased with how we’ve been able to expand our services to help even more people.”

Lazicki says they are currently taking in resumes and hiring staff to cover shifts as they expand their hours. She adds residents looking to help out can drop off non-perishable food items and clothing such as boots, jackets, gloves and socks to the shelter. The shelter will stay open 24/7 until March 31, 2021.

EDIT: On November 20, the Government of Saskatchewan announced additional funding for emergency shelters. A total of $171,000 in funding will be spread across the province and includes the Lloydminster Men’s Shelter as well as the Lighthouse Supportive Living in North Battleford. About $4 million is budgeted annually by the province for emergency shelters in Saskatchewan.