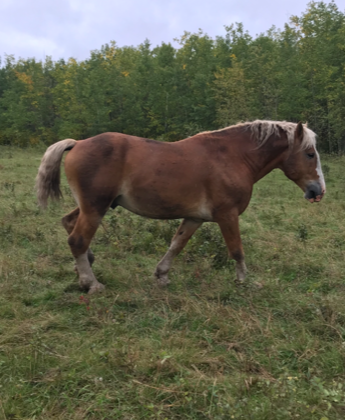 A photo of the missing horse. [Vermilion RCMP, supplied.]

Vermilion RCMP is investigating after a horse was shot in the area, killing the animal.

On November 30th, police were called to a property north of Highway 45 near Clandonald, and found the horse dead. The investigation determined that the shooting happened sometime between the 23rd and 27th of November.

Officers also found that the area was frequented by hunters, and the horse could have been shot because someone believed it was a different type of animal.

They add that the owners told them that a second sorrel Belgian horse escaped through an open gate and is still missing.

Vermilion RCMP is asking the public, if they have any information on this incident, to reach out to them, or to remain anonymous, call CrimeStoppers.