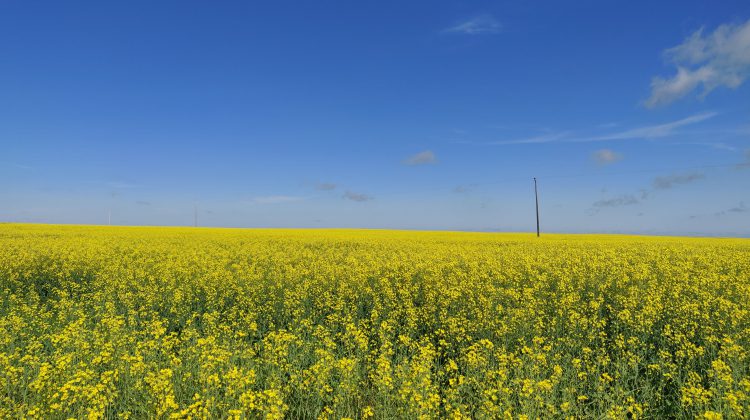 The Government of Saskatchewan and SaskCanola have put out the 2020 Saskatchewan Clubroot Distribution Map, which indicates that some fields in the Lloydminster area are showing symptoms.

Clubroot is a soil-borne disease that restricts a plant’s ability to obtain water and nutrients from soil resulting in the premature death of the plants.

According to this year’s map, ten RMs in the Lloydminster to Meadow Lake area have at least one to nine fields showing symptoms of Clubroot, with one showing it in more than ten fields. Another RM in the area has detected the Clubroot pathogen but no visible symptoms. 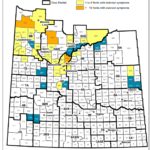 This year more than 966 fields were tested across Saskatchewan and farmers with fields where Clubroot have been detected have been contacted by the Government. If an RM has a clubroot related bylaw in effect the appropriate office has been contacted, the Government says, and all clubroot-infested fields will be monitored by an appointed pest control officer.

“Tracking, early detection and management of clubroot will allow producers to prevent substantial yield loss,” Agriculture Minister David Marit said. “Education and awareness of clubroot continue to be a priority to help growers and industry members prevent the further spread of the disease within Saskatchewan.”

In total, 75 commercial canola fields have found Clubroot symptoms since 2017, increasing by 24 in the last year. Fields with the pathogen have increased by 18 last year, for a total of 29 fields.

Due to the COVID-19 pandemic, free testing bags couldn’t be handed out at Ag events around the province, however, people were still able to order them on the ministry’s website, or from a regional office, SaskCanola office or their division plant health officer.   In all, 231 soil samples were sent to Discovery Seed Labs this way, with 11 returning positive results. SaskCanola covered the costs of each test.

The Government also notes that a proactive and science-based clubroot management strategy should include the use of clubroot-resistant canola varieties in a minimum three-year rotation.