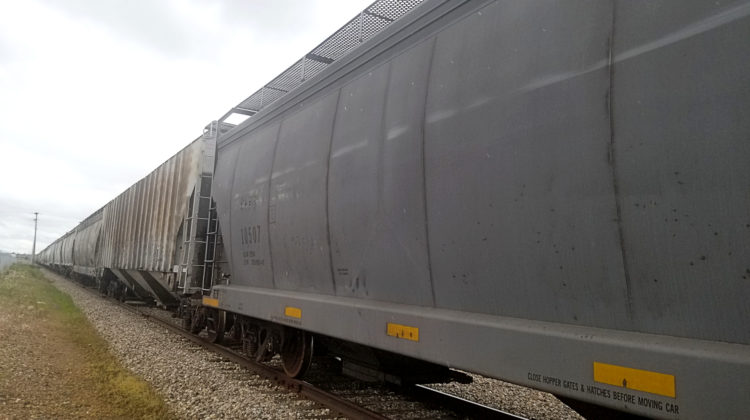 A transload facility meant to take advantage of Lloydminster’s rail lines would be too expensive to build and have little demand at this time.

A feasibility study on whether a transload facility would be advantageous for the city was brought forward to city council on January 18. A transload facility is an area where shipments and products can be moved from one mode of transportation to another, for example from rail to truck.

According to Davies Transportation Consulting, the facility requires a high capital cost of in between $1.7 to $6 million for rail infrastructure, depending on the type of facility. They also note the current demand for energy and agriculture-related products would result in low freight volumes meaning it would take a significant amount of time before the city would break even on the project.

“Apparently, the Lloydminster area there’s just not quite the demand for that type of product, at least not one that would be cost-effective based on the revenues they project relative to the cost,” explained Councillor Jonathan Torresan.

Davies Transportation Consulting says in order for it to be feasible demand would to be similar to what it was ten years ago. Mayor Gerald Aalbers notes even then it would still face problems today.

“If we had built one ten years ago, it would be sitting vacant right now.”

The consultants also point out shippers could also use existing Canadian National Railway and Canadian Pacific Railway team tracks to load and unload cargo. Aalbers says while he is disappointed in the findings, the study is still valuable and could be looked at again if demand increases.

“There’s a lot of pieces to that. The understanding of what the potential of what we have and can accomplish with the right business plan and working with our partners the railroads and the community. This needs more work. The economy will drive everything that goes on.”

The study looked at two possible locations for the facility both near the rail lines, a 135 acre parcel on the east side past 40th Avenue and the other 107 acres west of 75th Avenue. Both were big enough for a loop track although they would be smaller than the industry standard of 8,500 ft.

The study also concludes while the facility is unrealistic at this time, there are still some economic development opportunities that could be found by communicating with the rail companies. If the proper zoning in areas near the track are in place then it may enable rapid development for rail-dependent uses.

“As it was indicated by the consultant, it’s a relationship that exists with both parties. The railroad knows we’re here but do they know what we’re thinking and do we know what they’re thinking. That will take us to the next step.”