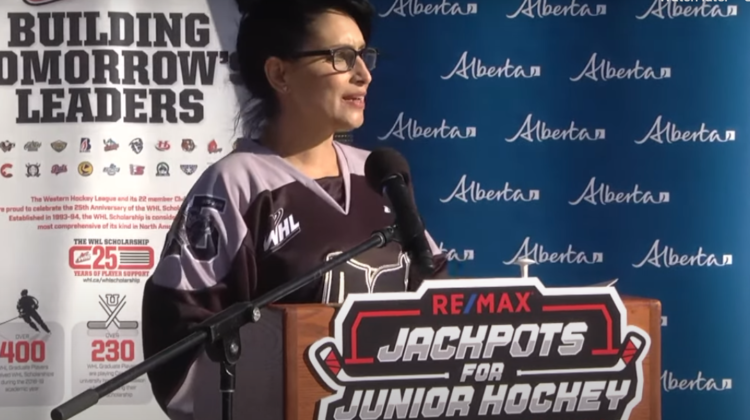 Following the success of other hockey-based 50/50 draws, the Government of Alberta is supporting another lottery benefiting the Alberta Junior Hockey League and the Western Hockey League.

The Jackpots For Junior Hockey Online 50/50 will help teams offset the revenues lost during the pandemic. Proceeds will be shared between 15 AJHL teams and five WHL teams.

AJHL Commissioner Ryan Bartoshyk says the strength of the league is in the team’s communities.

“Through unique and dynamic relationships, the AJHL and its member teams are deeply intertwined throughout the province. Although the challenges over the past year were new and unfamiliar, the community support and passion for our teams has been unwavering and we are excited to capture that passion through this initiative.”

Minister of Culture, Multiculturalism and Status of Women Leela Sharon Aheer says the province made some changes to provincial policies to allow the leagues to use this draw as a way to support their operations.

The draw will run each weekend in March and teams will be required to share a portion of the proceeds with local charities. Tickets can be purchased anywhere in the province.

Both leagues received provincial approval to restart their 2020-21 seasons.