Extension of time between COVID vaccine doses being considered in Alberta 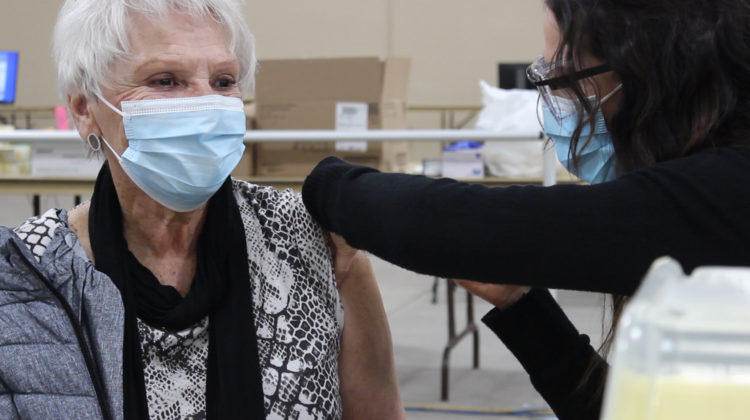 It looks like the period of time between when the first and second doses of COVID-19 vaccine are given to Albertans could be pushed back.

Health Minister Tyler Shandro said during a press conference on Tuesday that is something being considered right now and more information will be coming soon.

“There is fantastic evidence coming out of the United Kingdom as well as Quebec and B.C. for us to feel certain that the length of time between first and second dose for the messenger RNA vaccines can be extended,” says Shandro.

The minister says what that length of time will be for Albertans, they don’t know just yet.

British Columbia has announced it’s extended the length between doses one and two of the Pfizer, Moderna, and AstraZeneca vaccines to four months. Evidence is showing one shot is giving protection against COVID-19 for at least 120 days.

An extension between doses could also means more people could get at least one shot sooner.

“As we have Pfizer vaccines, between 50,000 and 55,000 coming per week in the month of March and AstraZeneca finally coming to Alberta, it’s going to give us the opportunity to get more people vaccinated more quickly which is going to be fantastic news for Albertans,” says Shandro.