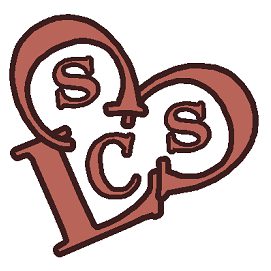 The Lloydminster Concerned Citizens for Seniors’ Care Society held a press conference Tuesday, January 19th, during their regular scheduled meeting at the Legacy Centre,  to get the word out about their proposal to Alberta’s Minister of Seniors and Health, Sarah Hoffman.

The group has sent their proposal to the Minister outlining the need for another care facility in the community, with the suggestion to have the old Dr. Cooke extended care facility reviewed for potential repurposing, rather than demolition. They have offered a number of suggestions for repurposing like palliative care beds, respite beds, or transition beds.

“We have a forty-bed facility that is empty and there are so many needs in our community,” say Ruby Trudel, member of the LCCSCS.

“We know that we’re not going to get new beds probably for another fifteen years, and Pioneer House is already full with people from a waiting list. So those potential beds at Dr. Cooke need to be looked at very seriously by the Alberta government…from transition beds to palliative care, any number as are named in the proposal. There were previously forty people in there so if we put the same number of people in there as came out of there, then there would be forty beds, but if it’s repurposed for other things…so if the walls were knocked down and it were reconfigured, then the number of beds would be different.”

The group says it would take approximately 70 thousand dollars to have the current abandoned wings of the the center up to a usable standard.

Vice-Chair of the Society, Len Pryor, says the group would be satisfied with any solution to the current need for continued care beds in the community.

“If they would [build] immediately, if there was a plan put in place where they could move bulldozers in there and start to tear down, and don’t stop, and build another hundred bed facility, I’d go fishing and golfing. I’d just totally forget about this need because that would look after it,” said Pryor.

“That old part of that Dr. Cooke building is something like two years older than the high school and I haven’t heard anybody talking about bulldozing the high school yet. You know, there’s walls there and a roof there, and with a little bit of money spend inside, the life of that building could be prolonged five, ten years… of course, it’s going to have to come down some time, nothing lasts forever. And we do realize that the facility is not up to modern-day standards, but it’s a heck of a lot better than not having anything.”

Pryor also said that he wishes the bi-provincial committee would meet more regularly as he believes this issue could be much closer to being resolved.