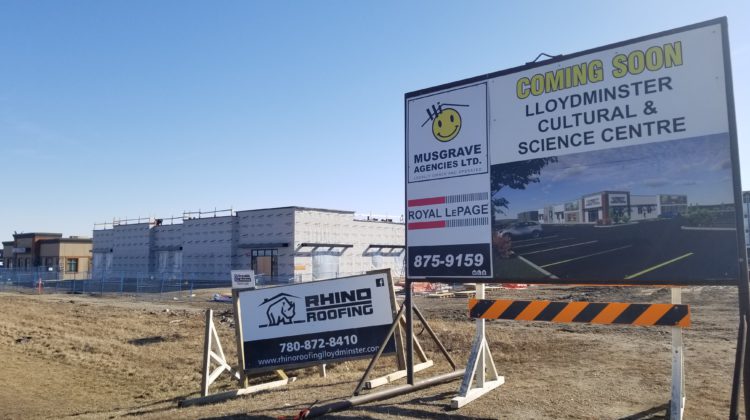 With work underway on the Lloydminster Cultural and Science Centre replacement, city staff are now looking at the display plans for exhibits.

At the Governance and Priorities Committee meeting on March 15, city council was given an update on the plans for the inside of the 11,000 square foot building. The plan is to have a 2,200 square foot space dedicated to a permanent gallery reflecting the city’s past. During the consultation process over the past two years, residents made it known that they wanted to see a permanent display showing the history and stories of Lloydminster and the surrounding areas.

Taking that feedback into account, city staff identified six key areas of focus for the permanent display. The displays will share some information on the journey of the Barr Colonists, the settlement of Lloydminster and area, domestic life on the Prairies, Treaty 6 and Indigenous Voices, agriculture and the oil industry. A museum exhibit specialist will be using these themes and will create the exhibits using the available artifacts stored by the city.

Mayor Gerald Aalbers says the space will be able to provide the city with an opportunity to show off some of the artifacts and pieces that have been sitting in storage for a while.

“When some of those Richard Larsen buildings came down, those materials had to go somewhere but we didn’t have the ability to display it. We had room to store. The community said we want to see it and we want to get them out there. When items are put away and are never seen, they lose that value when not being displayed.”

LCSC staff will also be working with the specialist to create two or three other concepts which can be moved and replaced over the years.

“If someone is passing through and they hear that the display has been changed up a bit then they may be inquisitive to stop in again, whereas, if you know it doesn’t change then it becomes very static. Having the ability to update and change things a little bit, that’s very critical in my opinion.”

Construction crews are hard at work getting the building ready for its grand opening this fall and the city will release more information on the new identity of the centre near the end of April.