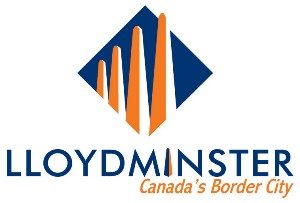 City Council has held its first council meeting of the new year. This past Monday, January 25th, several items were brought up, most of which were approved.

Firstly, Council voted to approve the changes made to the Purchasing and Procurement Policy. The policy has been in development for several months and dictates what levels of management can sign off on awarding certain contracts or approving purchases for certain dollar amounts, and now requires dual signatures.

“The draft came through back in November and there was some minor tweaks made. We dropped the limit of competitive process to $10 000, which was a nice move to see. We added the ‘dual signatures,’ making sure that everyone know who needs to be on the document given the relevant values. It’s a great policy now; it’s a great balance between accountability and efficiency,” explains Councillor, Jason Whiting.

The policy was approved on a 6 to 1 vote, Councillor Ken Baker being the only one not in favour of the amendments that had been made. He wanted Council to oversee all purchases and contracts exceeding $75 000 but as it stands with the changes to the policy, Council will only oversee purchases and contracts in excess of $200 000 going forward.

As well, City Council discussed a forthcoming challenge. Councillor Linnea Goodhand brought forward an information-only item regarding the ongoing difficulty in getting the funding for the necessary upgrades to Lloydminster’s waste-water treatment system. The Saskatchewan Water Security Agency requires the upgrades to be completed by July of 2017. Currently, the City is short funds for the project.

“We don’t have the borrowing power and we don’t have the cash. So management has to go and find more creative ways to do what we have to do, which is to build a new waste-water treatment plant. The project has been estimated to cost $94 million, and if we borrow every dollar that we have the capacity to borrow, we’re still 16 million dollars short, and we certainly don’t want to tie our city’s hands by being at our maximum borrowing. There’s lots of projects out there that still need attention. So that’s not an option,” says Goodhand.

Councillor Goodhand also suspects that this issue will likely cause water costs to increase. The City has applied to both Alberta and Saskatchewan on the Building Canada Fund applications, and was approved for up to $1.8 million by Alberta.

A third item that was brought forward was the approval of the  newfound home for the Handi-van Society vehicle fleet. Sandstone Centre Truck Wash & Storage will provide a garage for the 4 Handivans in operation for a monthly cost of $1 000, on a 5 year term. The Cultural and Social services 2016 budget has allocated just over 12 thousand dollars for the expense of the indoor storage unit.

And finally, City Council has decided to handle sole-source contracts differently with regards to the public. Sole-sourced contracts with the City will be disclosed to the public, says Deputy CAO Kirk Morrison.

“Essentially, what we will do is on a quarterly basis we will post any of those contracts that are sole-sourced, in accordance with the policy, on our webpage,” says Morrison.

Morrison also says the first draft of the code of ethics can be expected at the February council meeting.

The next council meeting is scheduled for Monday, February 22nd, at 1:30 p.m.