Saskatchewan budget projects $2.6 billion deficit this year, no balance until 2026-27 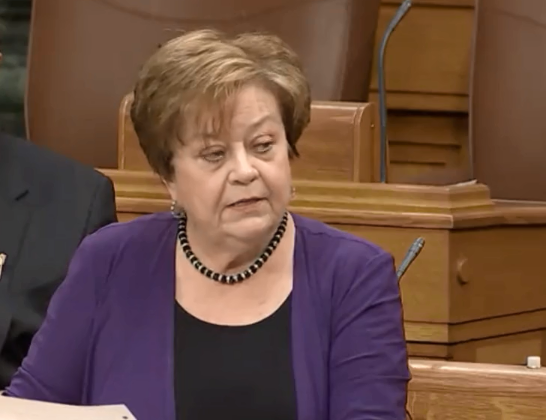 The Saskatchewan Provincial Budget was dropped Tuesday, with an anticipated $2.6 Billion deficit along with it.

The budget, along with its increases in expenses, come in the wake of COVID-19’s continuing impact on the province’s economy, something Finance Minister Donna Harpauer says is the largest financial challenge facing Saskatchewan since World War II.

She notes that these financial projects are based on the vaccine rollout “going as planned,” basically meaning that the majority of residents are getting their shot by September.

By in large, the province is investing in health with the most capital. This year they are investing $6.5 billion into healthcare, up 5.8 per cent from the last budget, and includes the Ministry of Health, SHA, Saskatchewan Cancer Agency and 3SHealth.

Of that, $6.12 billion is going to will be disturbed to the Ministry of Health, $458 million for mental health and addictions service programs and $90 million to the continued COVID-19 response, for things like mass vaccine rollout, more PPE, expansion of contact tracing, the provincial laboratory and testing sites.

After health, education is the second-largest investment by the province, with a total of$3.75 billion going to Pre-K to Grade 12, Post Secondary and Career schooling.

Of that, Saskatchewan’s 27 school divisions will get $1.96 billion, including a 2 per cent salary increase as agreed upon in the teachers collective bargaining agreement.

Child care funding is also up to $75.5 million and the Ministry of Advanced Education will receive and invest $735 million into post secondaries and their students who’ve been significantly challenged by the pandemic.

Another $60 million will be invested over the next two years, beyond a typical base budget, so that they can execute a collaboratively designed plan with post secondaries looking at COVID-19 recovery, revenue generation and sector collaboration.

The budget also advises increasing the Education Property Tax to bump up the province’s revenue for education, both elementary and high school. It’s a $12 million increase across the province and totals out to 4.46 per cent for residential properties, 6.75 per cent for commercial and industrial and 9.79 per cent for resource properties. That averages out to about an increase of $18 per homeowner per year.

The province is also bringing up social services spending this year, to a total of $1.56 billion.

Of that, they’ll be $1.34 billion going to the Ministry of Social Services, over $3.5 million in additional funding for the Seniors Income Plan, a $19-million bump to the Saskatchewan Assured Income for Disability program and $6.7 million to third-party service providers.

Other spending in this budget listed as COVID support was $488 million in capital spending, $174 million for the SaskPower rebate, $285 million for SGI rebate, $200 million to clean up inactive oil wells, $66 million for the home renovation tax credit and $64 million small business tax reduction.

Two taxes have been introduced in this budget, the Vapour Products Tax and an Annual Tax on electric vehicles.

The $150 annual tax for electric car owners would be on passenger electric vehicles, and while the government says the amount of these drivers is relatively low on Saskatchewan roads, they are not contributing to highway maintenance through the Fuel tax, hence the new fee, which will take effect on October 1, 2021.

For the VPT, it will introduce a new 20 per cent on the retail price of all vapour liquids, products and devices.

Finance Minister Donna Harpauer says that while the deficit is larger than expected, these moves being made will protect Saskatchewan as it comes out of the pandemic and recovers from it.