The Elk Point RCMP are looking for five suspects who are believed to have been trying to break into homes in the area.

Around 2:20 AM on May 17th, the RCMP was called about a suspicious vehicle that was driving around and stopping at multiple locations, possibly trying to find houses to rob. The vehicle was a white SUV that had five masked suspects in it. The suspects were also observed riding bicycles around the SUV and checking homes.

During patrols of the Ravine Drive area, officers came upon a white Ford Escape, containing four suspects matching descriptions from witnesses. The SUV took off southbound on Ravine Drive, turned eastbound on 52 Avenue and then drove through two fences on the Elk Point Elementary School, causing major damages.

The suspects took off in an undetermined direction, and while they were masked, officers did get something of a description. The driver had a medium complexion, wearing a hoodie and black pants with white stripes on the side, a grey hoodie and a ball cap, appearing to be approximately 16 to 19 years old. A woman and two other young men were with him, also appearing to be around the same age.

Anyone with information on who these suspects are is asked to contact the RCMP or Crime Stoppers. 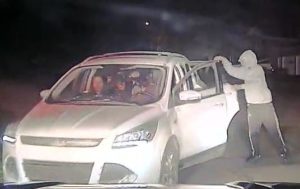 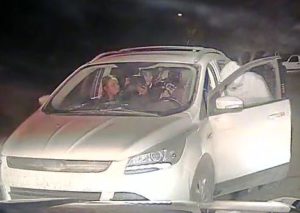 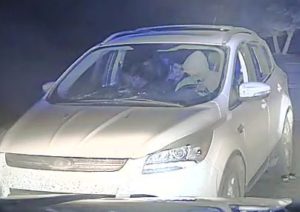 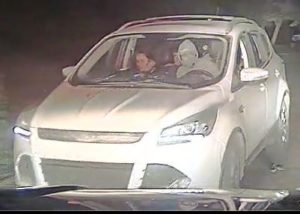