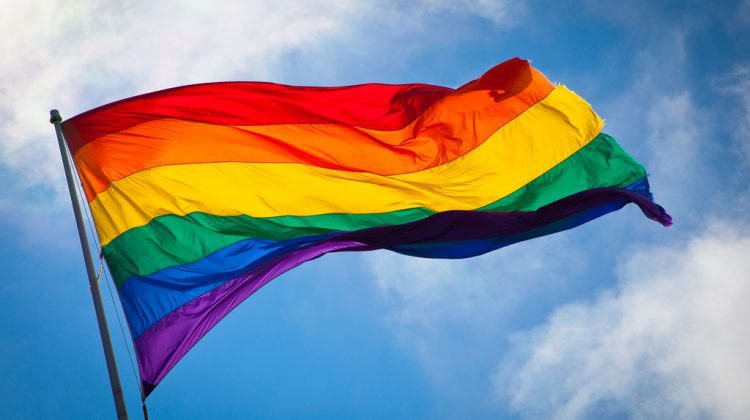 Events to commemorate LGBTQ+ Pride Month are returning to Lloydminster, including some in-person ones this year.

The LGBTQ+ Society of Lloydminster and Slay the Night will be spearheading several events for the LGBTQ+ community and their allies to celebrate living as themselves. Pride also commemorates the historic and ongoing struggles for rights, showing solidarity for LGBTQ+ peoples around the world.

Pride Week will kick off on June 20th, with a return to an in-person Pride Walk. Starting at 1 PM, attendees will begin at Cenovus Energy, walking to Synergy Credit Union for a raising of the Pride Flag, and then back to the start. The event will require people to sign up and space will be limited, due to COVID-19 guidelines.

LGBTQ+ Society of Lloydminster Chair Jenson Brown says despite still having to be diligent about the rules, getting that human connection again is exciting.

“I think everyone in the world has been feeling the need to connect with their communities, in whatever form that community takes, and the LGBTQ+ community, as well as the wider Lloydminster community, has felt that as well.”

Other events for the week include virtual drag shows for all ages and for adults, including the first Lloydminster stop of the Drag Me Across Saskatchewan Drive-In show at the Lloydminster Exhibition June 26th.

There will also be a movie night online, and a Bedtime Stories series for kids, as read by Slay the Night performers under the Drag Queen Story Hour Canada banner. As well as a month-long of events like colouring contests and a scavenger hunt.

This year’s Pride events are seeing a lot of wonderful recurring and new corporate as well as city support, Brown notes, and also a lot of support on the grassroots level from Lloydminster citizens.

He explains as an LGBTQ+ person and as someone with a family, it’s powerful to see barriers get broken and the ongoing necessary work for people to become more accepting happening, especially as he and his partner have had to be concerned for the safety of their family in public before.

“The more acceptance, the more tolerance, the more love, the more that we can just understand that we’re all human, we’re all people, and love is love in all its forms, families are families in all their forms, the safer it is for all families.”

While there can and should be fun events associated with Pride, he explains that its origins are in the protest to get LGBTQ+ peoples the same human rights as others, and it should be respected as such.

“We welcome our guests and we welcome the wider community, absolutely, but it’s important to know that for the members that are within the LGBTQ+ community, there’s a reason that we still have Pride, and that is because we are still trying to have our authenticity be accepted, to be seen as just as valid as any other person.”

A full itinerary of events, links to community resources and sign-ups for the month’s activities can be found on the Lloydminster Pride website.

Update: this article has been updated to reflect Jenson Brown is actually Chairperson of the LGBTQ+ Society of Lloydminster.