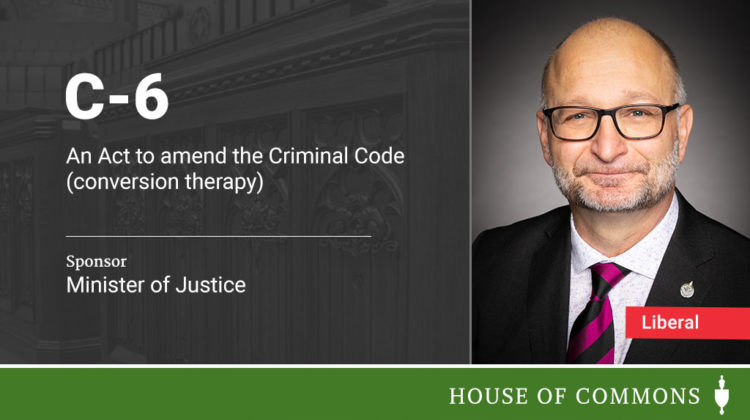 Image provided from the Official twitter account for regular updates about proceedings of the House of Commons Chamber. June 22nd

Bill C-6, banning conversion therapy in Canada, has passed in the House of Commons this afternoon(Tuesday).

The Liberal government’s legislation amends the Criminal Code banning the advertising or collecting of money for conversion therapy and makes it illegal to force a minor to undergo the harmful practice.

The bill’s 3rd reading was adopted with 263 MP’s voting to pass the bill and 63, mostly Conservative MP’s, voting against it.

The bill will now be sent to the Senate for further debate and once the Senate passes it, it will need Royal Assent to be law.