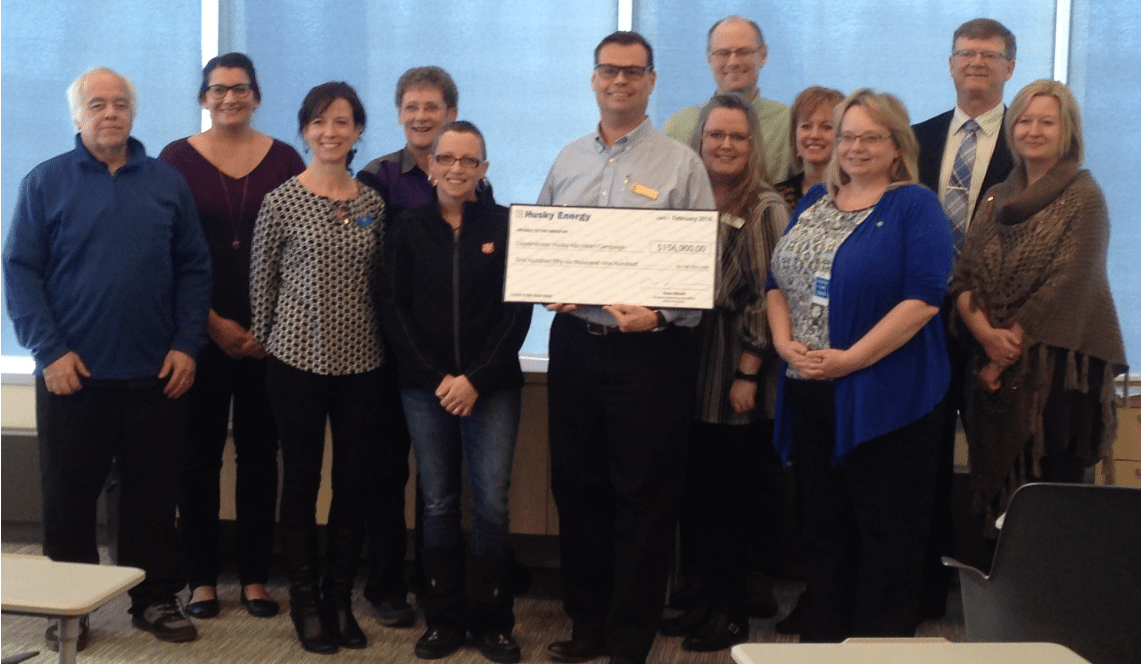 A number of non-profit and charity organizations in Lloydminster have received a boost.

On Monday, February 22nd, in a short presentation, Husky Energy in Lloydminster announced the wrap-up of its 2015 Husky Has Heart charity campaign. The company successfully raised $156,900.0o to give back to the community.

“The Husky Has Heart campaign raised money for 11 local, Lloydminster-area charities that were chosen by our staff. Through employee-organized fundraising events, auctions, and individual donations, we raised over $156,000,” says Paul Zorgdrager, Vice President for Upstream Operations at Husky in Lloydminster and Committee Chair for 2015.

The Lloydminster Region Health Foundations was one of the beneficiaries of funding from Husky as they have been for the past several years. LRHF CEO, Wendy Plandowski said the contribution from Husky is phenomenal.

Another recipient was the Lloydminster and District Society for the Prevention of Cruelty to Animals, and Director of Operations and Community Relations for the SPCA, Jon Punshon attended on behalf of the organization. He said that unlike the money received from the recent Mardi Gras for Paws fundraiser, Husky’s donation won’t go towards operation costs.

“This one goes directly to the new building so it doesn’t do anything directly with our operations costs. We appreciate that Husky Has Heart always contributes a considerably amount to us each year, but it doesn’t directly go to operations… that’s where a lot of our other fundraisers do. For example, our Comedy Cabaret that’s upcoming… that, again, would go towards operations, as well as our general monthly giving programs and such,” says Punshon.