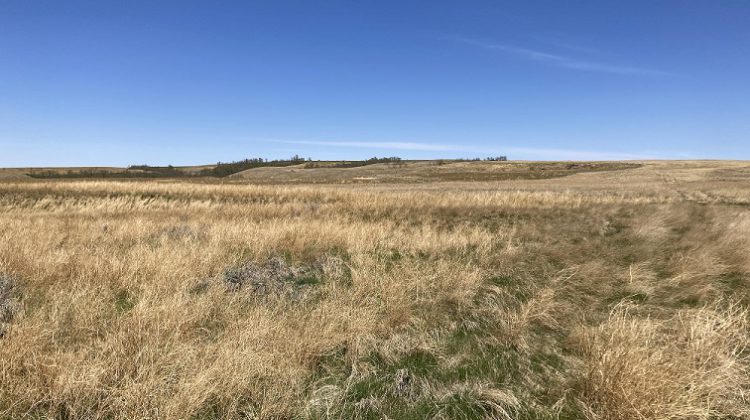 The Crop Report for the period July 6-12 is detailing that crops are growing too quickly to their detriment.

The excessive heat and minimal rainfall, have propelled crops through their development stages.

Dry topsoil conditions as well, has caused crops to be short, thin and impulsively advancing in many regions of the province due to the stress. Without a significant rainfall, many crops throughout the province will have their yields and quality severely impacted.

Lloydminster and the Midwest region – Crop District 9B

However, many canola fields that were flowering during the heat wave show severe damage from heat blasting. Rain is desperately needed to help later seeded crops develop and keep the damage to yield and quality to a minimum.

Haying operations continue in the region, although yields are expected to be considerably less than normal. Some producers are not expecting a second cut. Twenty-two per cent of the hay crop has been cut and 39 per cent is baled or put into silage. Hay quality is rated as seven per cent excellent, 40 per cent good, 20 per cent fair and 33 per cent poor.

Pastures are browning from the heat and the reduced feed and water sources is already impacting livestock.

Rainfall this past week ranged from nil to 64 mm in the Foam Lake area. The Odessa, Mossbank and Humboldt areas received 32 mm, the Radville and Rockglen areas 29 mm and the Avonlea area received 22 mm.

Livestock producers now have 26 per cent of the hay crop cut while 39 per cent has been baled or put into silage. Hay quality is rated as four per cent excellent, 48 per cent good, 33 per cent fair and 15 per cent poor.

The Ministry of Highways is reminding producers that grass is available, at no cost, for haying in highway ditches and rights of way. Since July 8, producers have been able to harvest any unclaimed hay without seeking permission of the adjacent landowner.

In the southern and central regions, hay in the ditches along secondary and rural highways is available on a first-come basis. Bales must be removed before August 15.