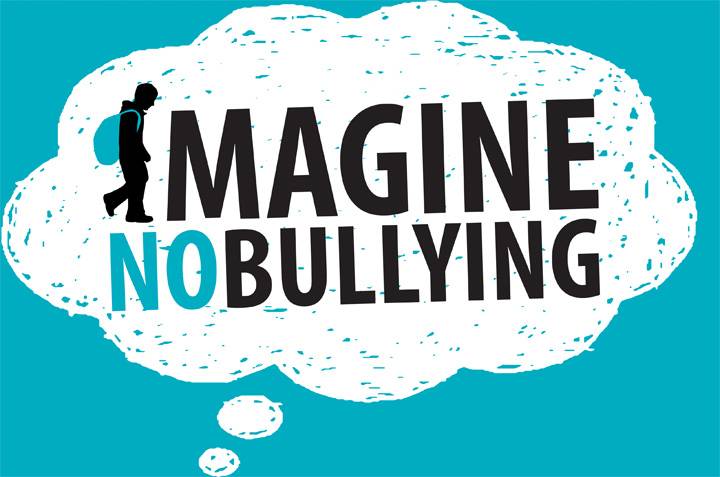 Lloydminster Comprehensive High School students have had the chance to meet a champion Saskatchewan Roughrider.

Last week, former Rider, Luc Mullinder, was at the Comp, but not to talk about his career, or even athletics. He was there to do a presentation for the Canadian Red Cross, called “Imagine…No Bullying.” Mullinder, among other former Roughriders and professional athletes, has joined in the pledge to put an end to bullying nation-wide.

In his presentation, he talked about his own experience with bullying growing up. He relayed stories of his youth about being a bystander in his later high school years, but mostly about getting picked on and beat up for being different and because he was the new kid in school. He and his family moved to Canada from New Zealand when he was just 9 years old. He told the students that a common characteristic his peers poked fun at was his disproportionate body at that point in his life: having size 12 feet in middle school that he hadn’t grown into yet. 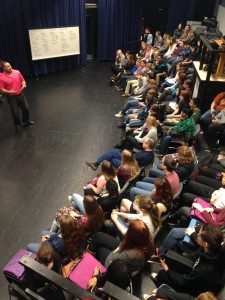 Now, at 6’4″ and approximately 288 lbs., you wouldn’t dare mess with the man, who has finally grown into size 15 shoes. Mullinder also discussed the different types of bullying and gave the students some strategies and tips for getting themselves out of bad situations.

“The best way is to have a conversation with somebody they trust and keep talking …because sometimes kids get discouraged when the first conversation doesn’t yield the result they want… that’s when you really have to build into them that ‘hey, you need to keep having those conversations’ because it’ll eventually stop. You’ll have a team around you that’ll get you to a safe spot,” says Mullinder.

The former defensive end, actually did a couple presentations during his time in Lloydminster: the one at the Comp, and another at the Vic Juba Community Theatre, the day after Lloydminster’s Anti-bullying Day, as part of the Lloydminster & District Co-op’s anti-bullying campaign for 2016. Mullinder described his presentation at the Vic Juba as predominantly for parents, since they made up the major demographic of the audience.

His main piece of advice to parents was not to give advice to their children based on what they went through or how they handled it. He stressed the importance of education on the topic and that parents need to know what their children are learning in regards to programs like Imagine… No bullying and know “the scope of what kids possibly go through these days.”